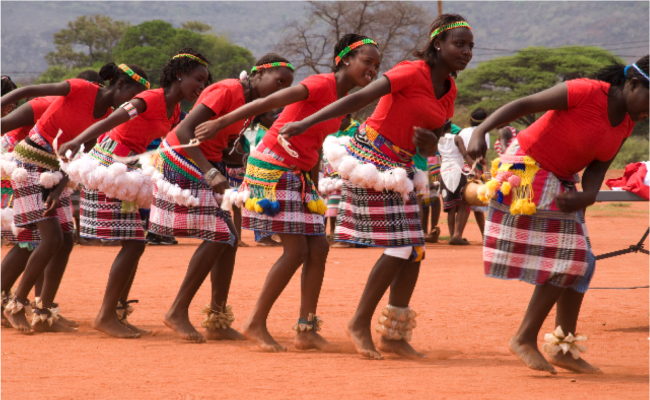 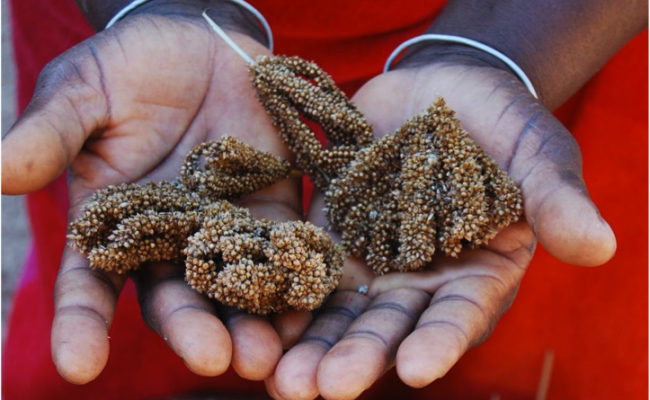 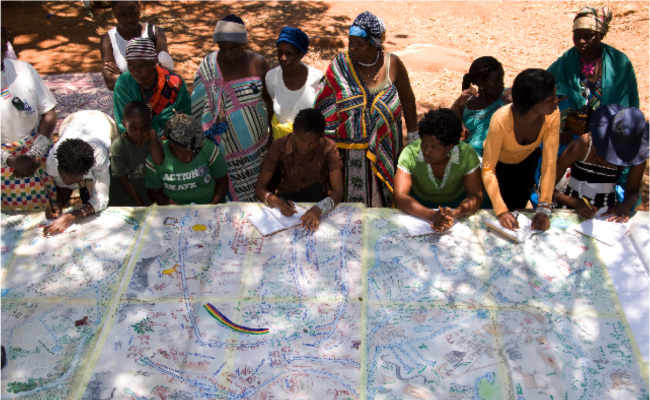 Venda is situated in the Limpopo province, South Africa, and is famous for its outstanding natural beauty, abundant biodiversity and cultural richness1. The forests of Venda help to maintain the climate of the region; they are also the source of springs and tributaries which feed into the local river system and provide water for the surrounding land. Venda is one of 19 centres of endemic flora in South Africa, and it plays host to over 594 different species2. The area is home to the vhaVenda people, who stand as one of the last indigenous communities in the northern part of South Africa3. They believe the forest is sacred, thusthere are a number of sacred sites in the area, each protected by a different tribe1. They are a matriarchal community; sacred sites are watched over by the elder women, who act as environmental custodians and spiritual leaders known as the Makhadzi. These women are called the “Rainmakers" due to their practice of cultural rituals to invite rain to the area. For the vhaVenda people, such practices play a vital role in maintaining the health of the ecosystem and the local community3.

The Venda people have a unique philosophy called Mupo, which encompasses all natural creation and describes a great order of things of which humans are just one small part2. Traditional community life sees the vhaVenda people living closely with the natural environment, depending on ancestral indigenous knowledge and traditional farming practices to maintain ecosystem resources. Today, the traditions and practices of the Venda community are under threat due to the destruction of sacred sites during new developments. The community is actively engaged in a battle with developers to protect their sacred areas, which have become tourist hotspots and attract visitors who have demonstrate a limited understanding for the wider cultural significance of the sites2.Of particular importance is Phiphidi falls, a sacred waterfall which plays a vital role in the Makhadzi rituals to bring rain to the area.

During 2007-2008 a road was built across a river near to Phiphidi Falls. The road passed over a sacred rock, which was broken up and paved over4. Most recently, a series of chalets for tourists have been constructed behind the falls. The Makhadzis have been negatively affected by this destruction of their sacred sites, which is causing a considerable disorder within Mupo. As a vhaVenda elder farmer from Tshidzivhe states:

In response to growing concerns heard through discussions with elders, The Mupo Foundation was created in 2007 by Mphatheleni Makaulule, a community leader from the Limpopo province who was also driven by her concern with the erosion of indigenous knowledge systems and cultural values as well as the mass destruction of the forest.

The Mupo foundation is now an internationally recognized organization which is affiliated with the Gaia foundation, and advised by the African Biodiversity Network and the GRAIN programme. The foundation works to preserve and revive cultural diversity in South Africa by strengthening local governance, reviving indigenous seed, facilitating and encouraging international learning, and rebuilding confidence in indigenous knowledge systems5.

In direct response to the Phiphidi falls developments, the Makhadzis formed a committee called Dzomo la Mupo (meaning Voices of Earth) to defend and protect the falls. In 2010 Dzomo la Mupo took the developers to court for violating the vhaVenda traditional, Constitutional cultural and spiritual rights and also for breaching planning regulations. Supported by The Mupo Foundation and The Gaia Foundation, the application to the South African High Court was successful and required developers to stop building the tourism complex at Phiphidi sacred waterfall and forest, pending a full hearing. The Judge recognised the custodians' constitutional rights and agreed that the whole site is sacred

"in the same way a church building is regarded by some as a holy place, even though the rituals are done only at the altar"(Judge Mann, South African High Court (7 July 2010)2,5).

The court proceedings are still underway and it is uncertain that the development will be halted indefinitely. The vhaVenda people recognize that this case will set a precedent for all developments within the Venda sacred forest. In order to secure long term protection of their network of sacred sites, Dzomo la Mupo are beginning to document guiding principles to secure 'No Go' zones for development and developing local constitutions and governance plans for each of the clans protecting different areas of forest2.

The activities of Dzomo la Mupo also include teaching the people of Venda about the value of sacred sites to ensure that indigenous knowledge is conserved. In order to document such knowledge, a community exercise in eco-cultural mapping was carried out in November 2009. More than 70 people took part, and spent six days creating maps to display indigenous knowledge of the ancestral order of the territory, reflecting how things were when the community lied traditionally and marking sacred sites. These maps were compared to a map of the present, which allowed the community to measure the destruction and habitat loss which has taken place. Finally, a third map shows a vision of the future- the vision of how the communities wish to regenerate their territory and rebuild their communities3. This is key to the Mupo foundation's mission, states Mpatheleni Makaulule (founder and Director): “If we look at the ancestral way, we find the solution to rebuild what has been destroyed"4.

The Mupo Foundation is actively engaged in improving the agricultural practice of the Venda farmers by encouraging the trade and use of local seeds including finger millet, maize, beans, sesame and indigenous vegetables, as well as increasing the awareness of wild greens and fruits. In particular, the finger millet is a sacred seed of the vhaVenda people and The Mupo Foundation facilitates seed workshops to encourage the revival of this crop6.

Threats and Challenges/ What's Next?

As well as an ongoing battle with tourist developers, the Venda forest is under threat due to a water license application by Coal of Africa. The company is prospecting to mine coal at the Vele mining site at the edge of the Mapungubwe world heritage site, which would necessitate the extraction of underground water to feed the new Medupi power station. The Mupo Foundation has sent an appeal to COP17 to halt the mining operations on the grounds that the forest is more valuable than coal7,8.

The Mupo Foundation is increasingly aware of the need to conserve the water resources in the Venda area by protecting the natural springs within the forest. The best way to do this is to plant indigenous trees along the river bank which protect the springs from erosion. The vhaVenda people are therefore campaigning against deforestation and to secure protection for the area's natural wetlands7.

4. The Gaia Foundation (2012). The Makhadzi- Defenders of the Sacred Sites. Available at: http://www.gaiafoundation.org/galleries/albums/makhadzis-defenders-sacred-sites [Accessed: 29/03/12].