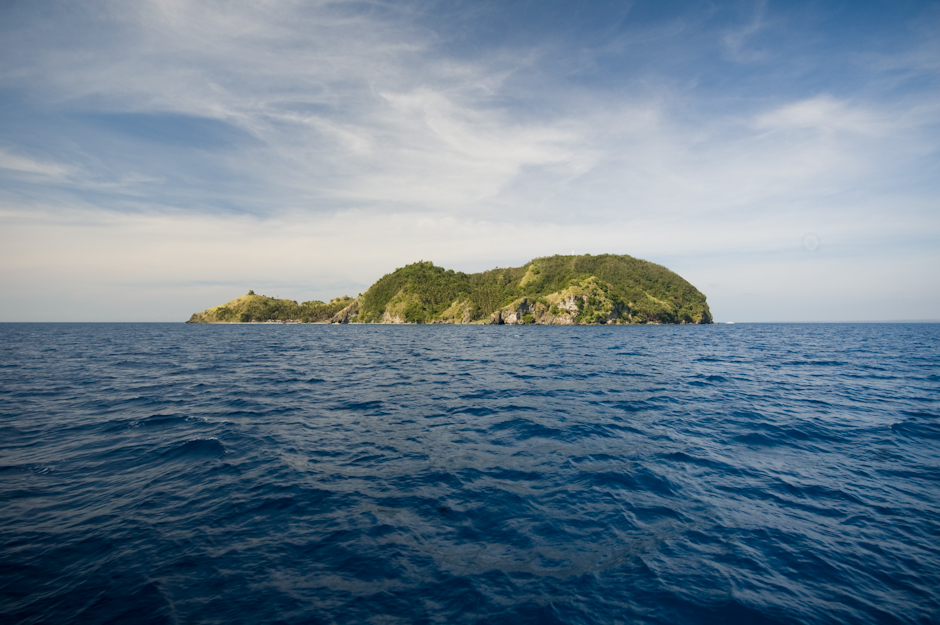 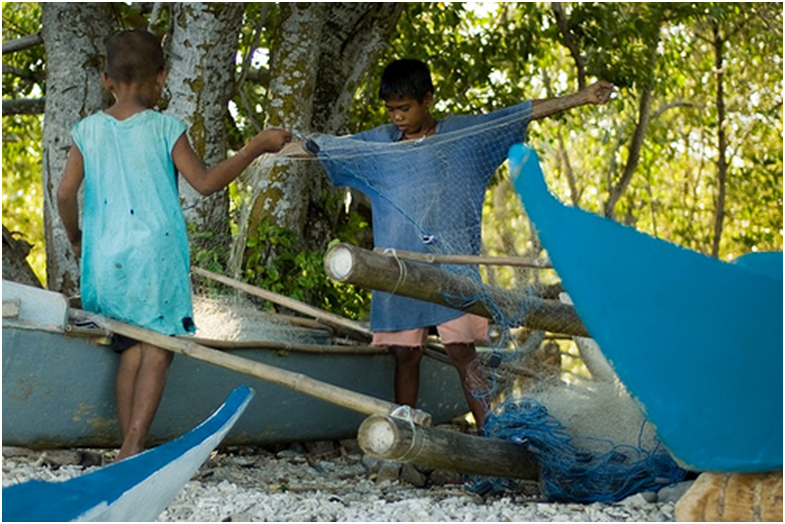 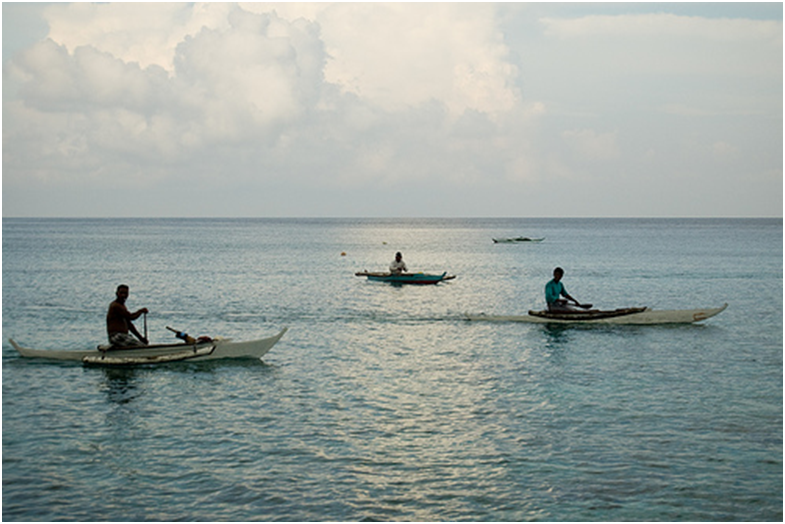 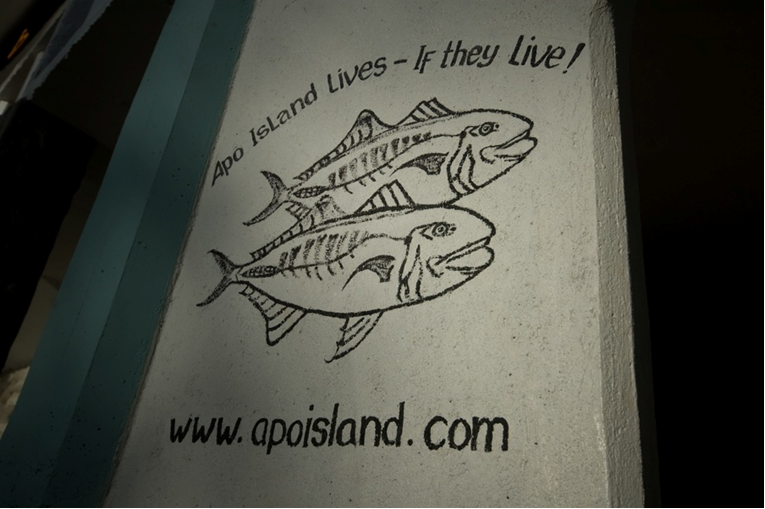 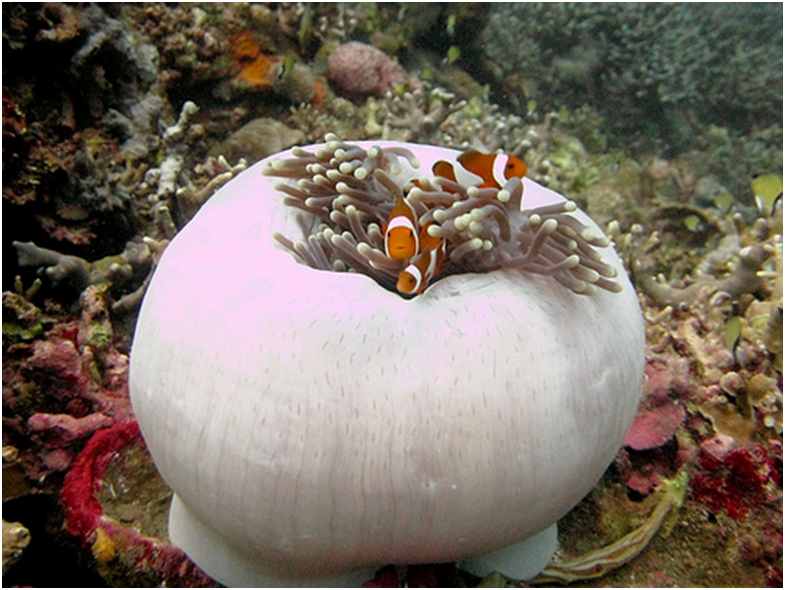 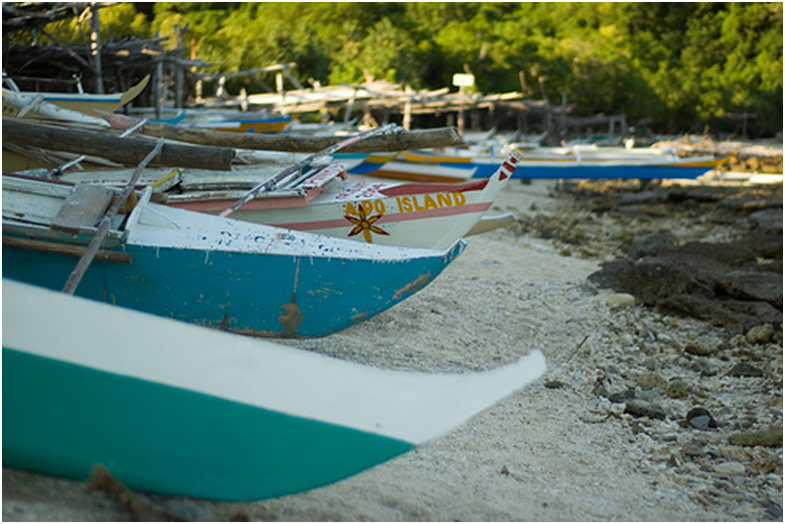 Apo Island is situated southeast of the Negros in the Central Philippines and is approximately 70 hectares (ha) in size, with 106 ha of coral reef. The reserve lies on the south-eastern side of Apo Island and was established in 1982 as a no-take area. It consists of 22.5 ha along a 0.45km stretch of the island that represents about 10% of the coral reef. 1 The island has approximately 750 permanent residents.7 Fishing is the major income-generating activity in the area.

Following clearly declining fish stocks, a marine conservation education programme on the island was started by Silliman University, Dumaguete City, Negros in 1979. The idea of a marine reserve was proposed, but only a few families initially supported the idea, even though the idea was full supported by the Barangay Captain (local leader) at the time.7 After much discussion an agreement was reached between the University, the people of the island and Dauin town (which has municipal jurisdiction over the island) to form the marine reserve.5 It was subsequently established in late 1982, although the legal framework for it did not come into force until 1986 in the form of a Municipal Ordinance. Current legislation is now through the Local Government Code, 1991, and the Philippines Fisheries Code, 1998, which give local governments the rights to manage marine resources up to 15km from their shore.2

The marine reserve was set up to increase fish abundance and biodiversity. From this the aim was also to improve fishing yields by fish populations increasing and moving to fishing areas outside the reserve. The management plan formulated in the mid 1980s aims to: 2

· Ban any extractive practices and anchoring in the sanctuary

· Prevent fishing around the island by non-residents

The reserve has been assisted by the Silliman Marine Laboratory, and then the Silliman University-Angelo King Center for Research and Environmental Management (SUAKCREM). The assistance given has included help to obtain grants to build an information centre, assisting in getting policemen assigned to the area to enforce the regulations of the reserve, and giving advice. Two resorts with dive shops were built in the 1990s to capture income from tourists visiting the island, and local people have found employment within the tourist industry. Collection of tourist fees has facilitated in improving education and water supplies, and in garbage disposal to the mainland.5

The reserve has had positive impacts both for conservation and local fishing, with increased density and species richness of large predatory fish in both the reserve and non-reserve area.1 This shows that as fish numbers increased, adults have moved (over spilled) from the reserve to fished areas. However these increases in fishing yields were not significant until 9 years after the reserve was established, indicating the time it takes to re-build up fish populations.3 Since 1993 the biomass of predatory fish targeted by fishermen has continued to rise, indicating that the carrying capacity of the reserve could take decades to reach and that protection of marine areas needs to be long-term.2 Between 67% to 100% of fishermen believe that fish catch has increased around Apo Island due to the marine reserve.1

The success of the reserve helped shape both the Local Government Code and Philippines Fisheries Code, in allowing every coastal municipality to have input into the management of their marine resources, up to 15km from the shoreline. It has also acted as a template for an expanded program of conservation and fisheries management, with many other community-managed marine reserves being set up.

A Local Marine Management Committee oversaw the protection of the reserve from its creation until 1994. In 1994 the reserve became part of the National Integrated Protected Area System (NIPAS), under the Department of Environment and Natural Resources, being designated as a protected landscape and seascape. As such a Protected Area Management Board (PAMB) took over the management, consisting of members from national, provincial, municipal and local levels.2 However the community is not entirely satisfied with the PAMB as 25% of the sanctuary’s earnings, generated from entrance fees, goes to the national government. Also it has less say on what development projects are funded from its 75% share, and experiences delays in the release of the community’s share of the income.2

The island community also established a local marine guard, known as bantay dagat, when the reserve first started, made up of volunteers that patrol the no-take zone. Over time the guards have become less necessary as the community has accepted the no-take status and the positive impacts the reserve has had on fishing yields. Today the guards’ main duties consists of checking on boats that not local.5

The El Niño event of 1997-98 caused substantial bleaching of the coral reef, and since then coral cover has declined.6 Increased tourism also poses as a threat, through breakages to the reef inflicted by fins and anchors, despite moorings buoys and limiting the numbers of divers on the reef at any one time.6 Fishermen have stated that large numbers of tourists scare away the fish and some damage has been caused to fish traps, causing tension between divers and fishermen. No diving is now allowed within 50m of fishing activities.5 In terms of revenue dive shops on the island generate the biggest profits, but are foreign-owned, resulting in this money not going back into community development.7

Another problem is that the volume of solid waste and garbage has risen due to the tourist industry, and disposal of it is proving a problem on such a small island.4 An increasing island population is exacerbating this problem, and straining the island’s infrastructure, although a family planning program is now being implemented.7 Despite these problems the reserve remains a success, as through the no-take zone and the promotion of sustainable fishing practices, fish populations and the marine environment have improved, resulting in increased fishing yields and the generation of revenue through tourism.

7. Oliver, S. (2007) Towards integrating conservation in development: a discussion of the role of the community of Apo Island in influencing development with reference to tourism in their local environment. Masters thesis, University of South Africa. Web link