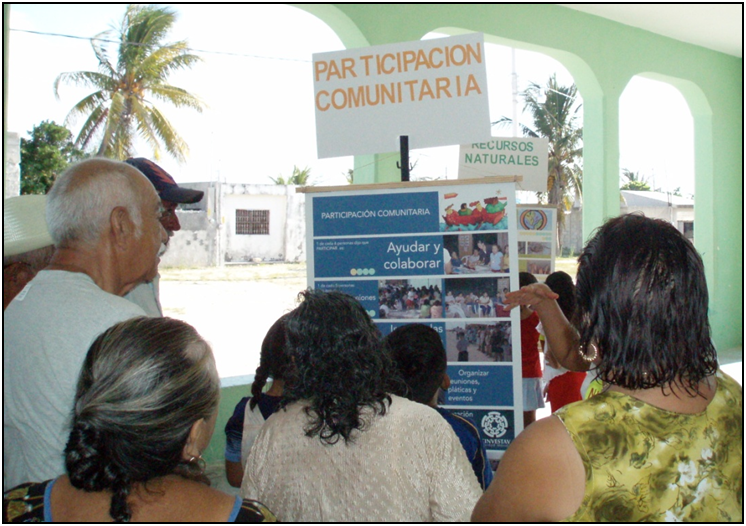 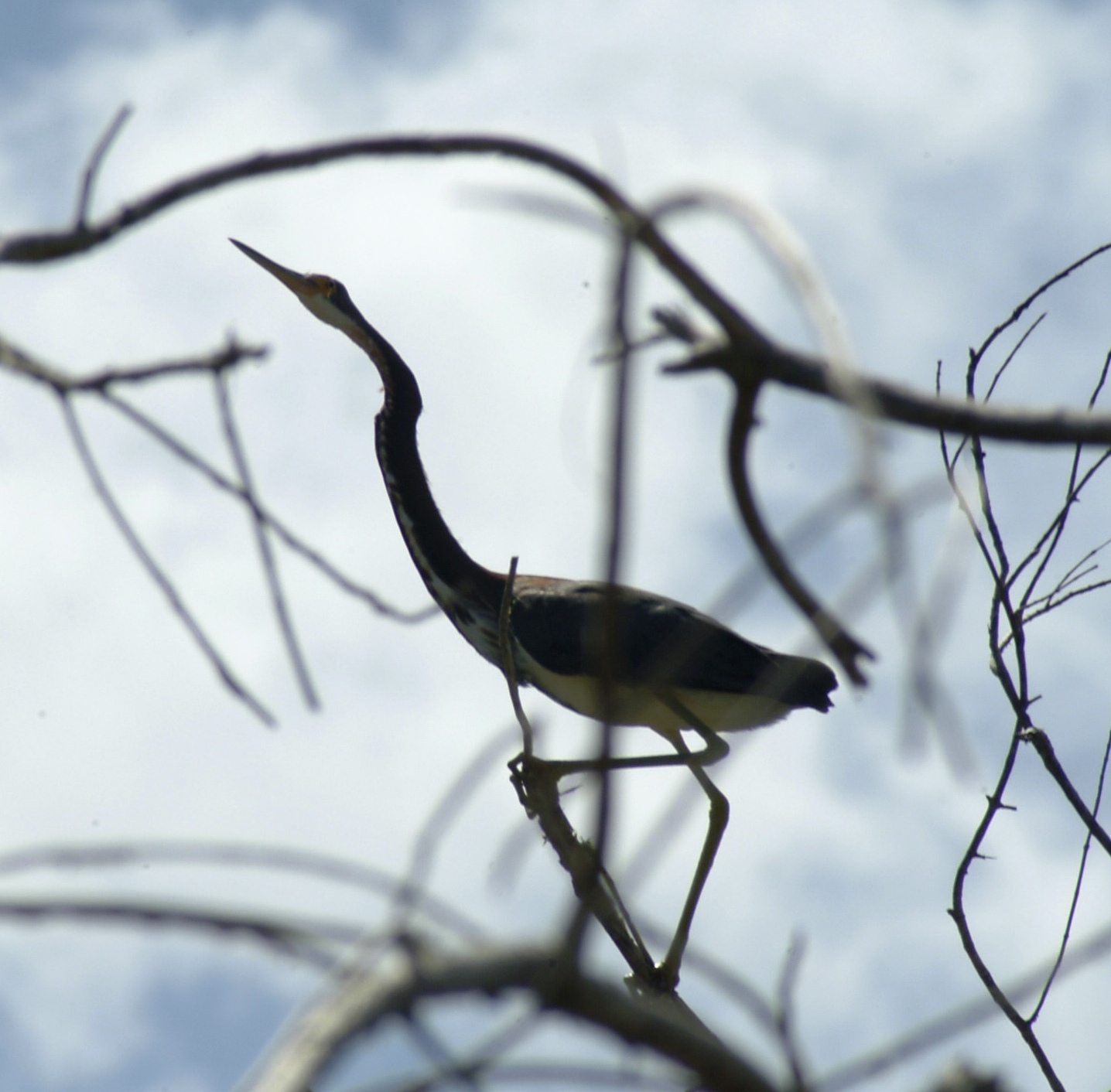 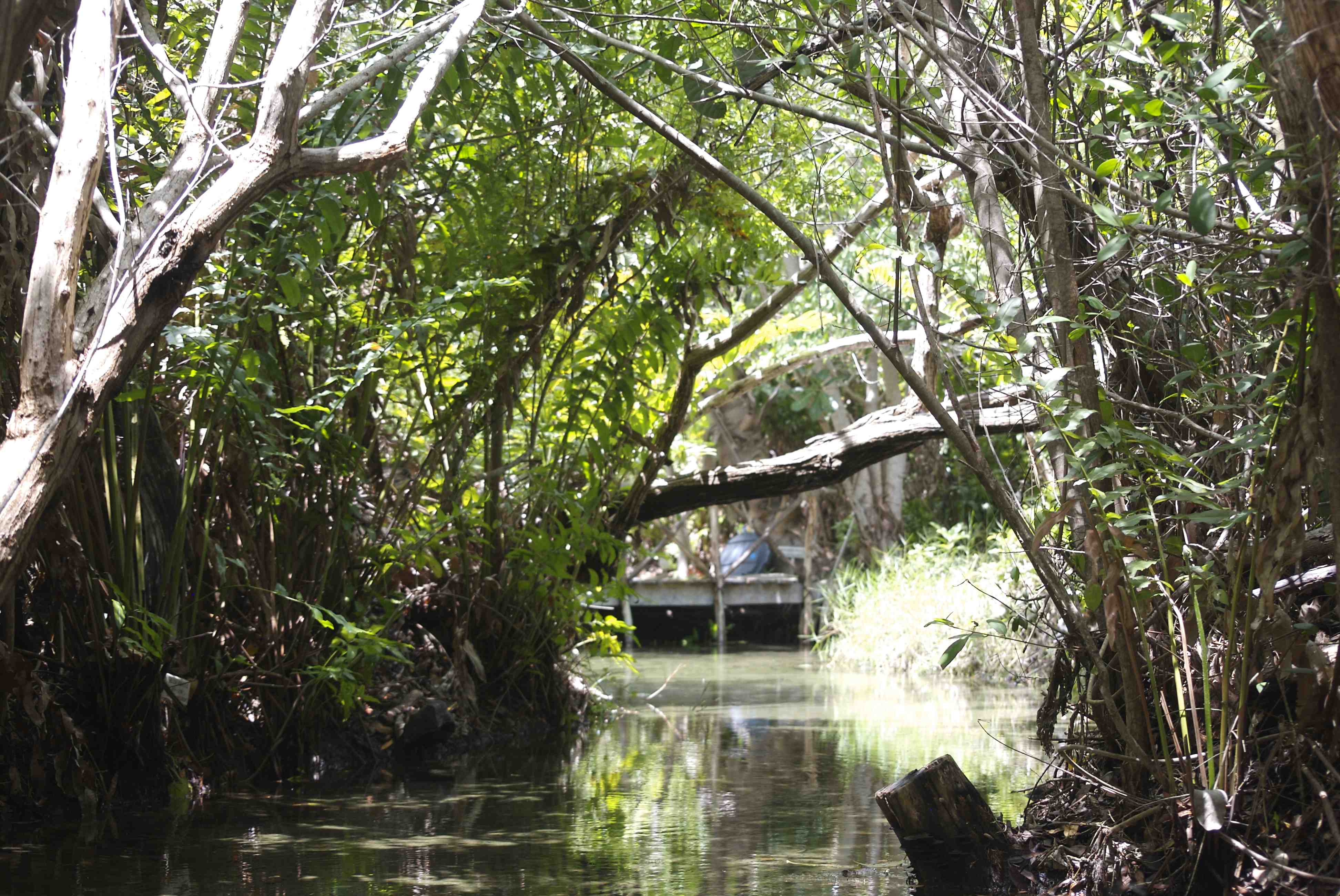 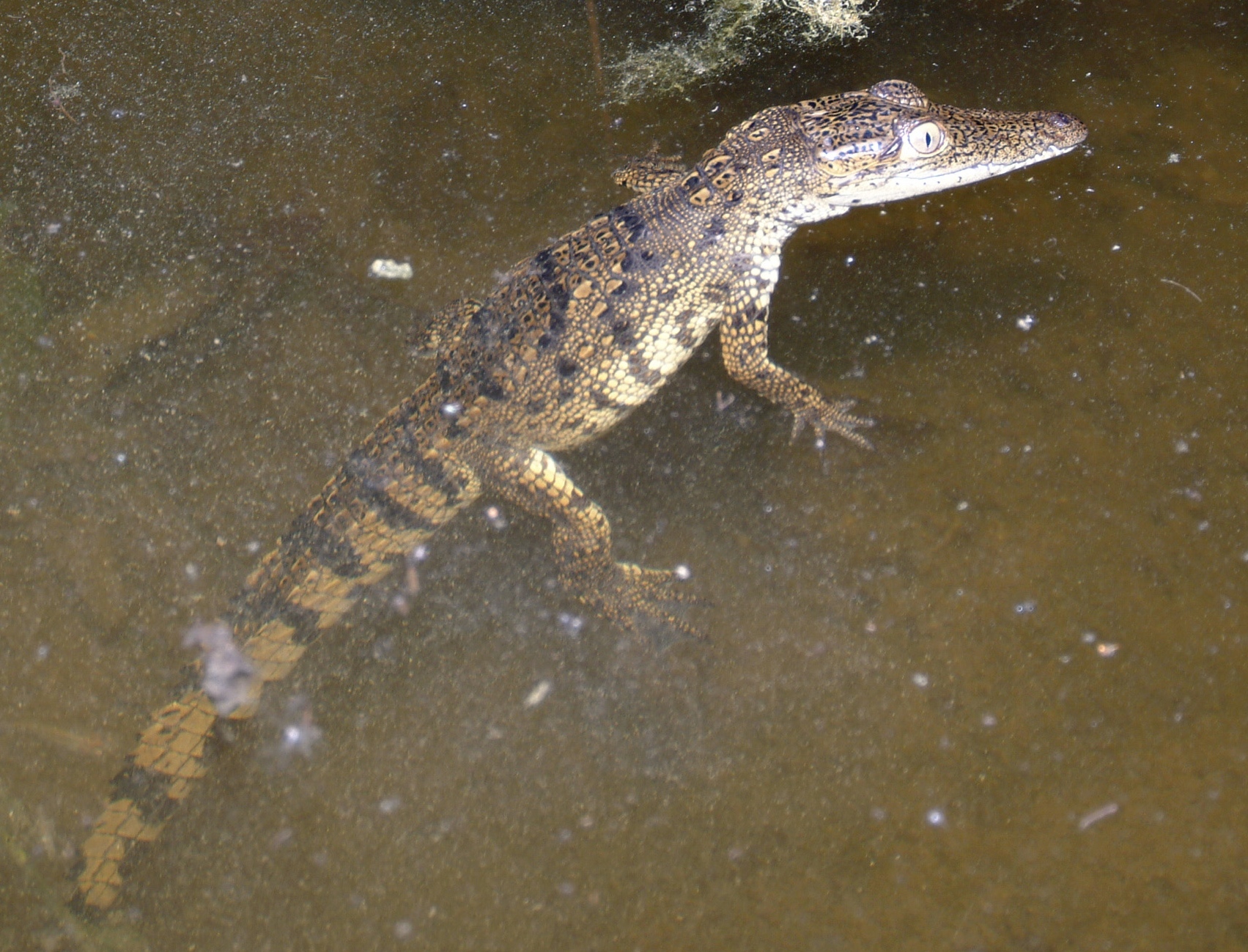 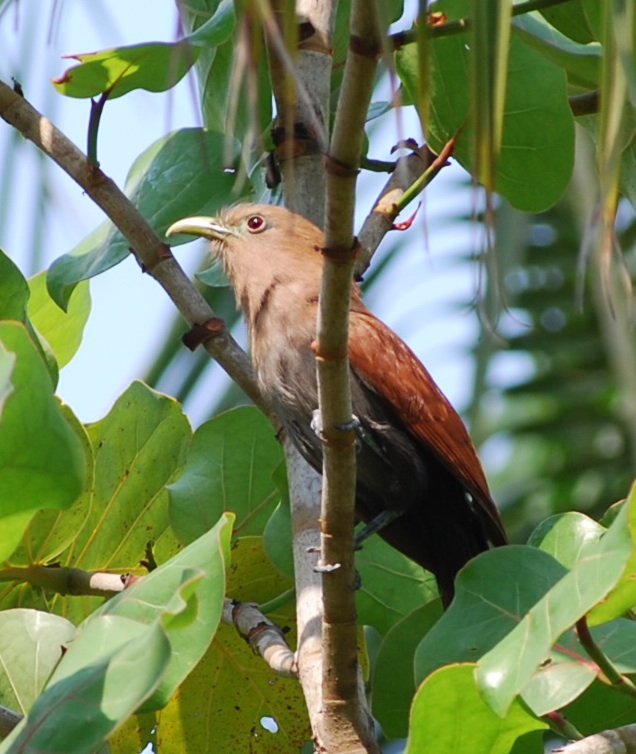 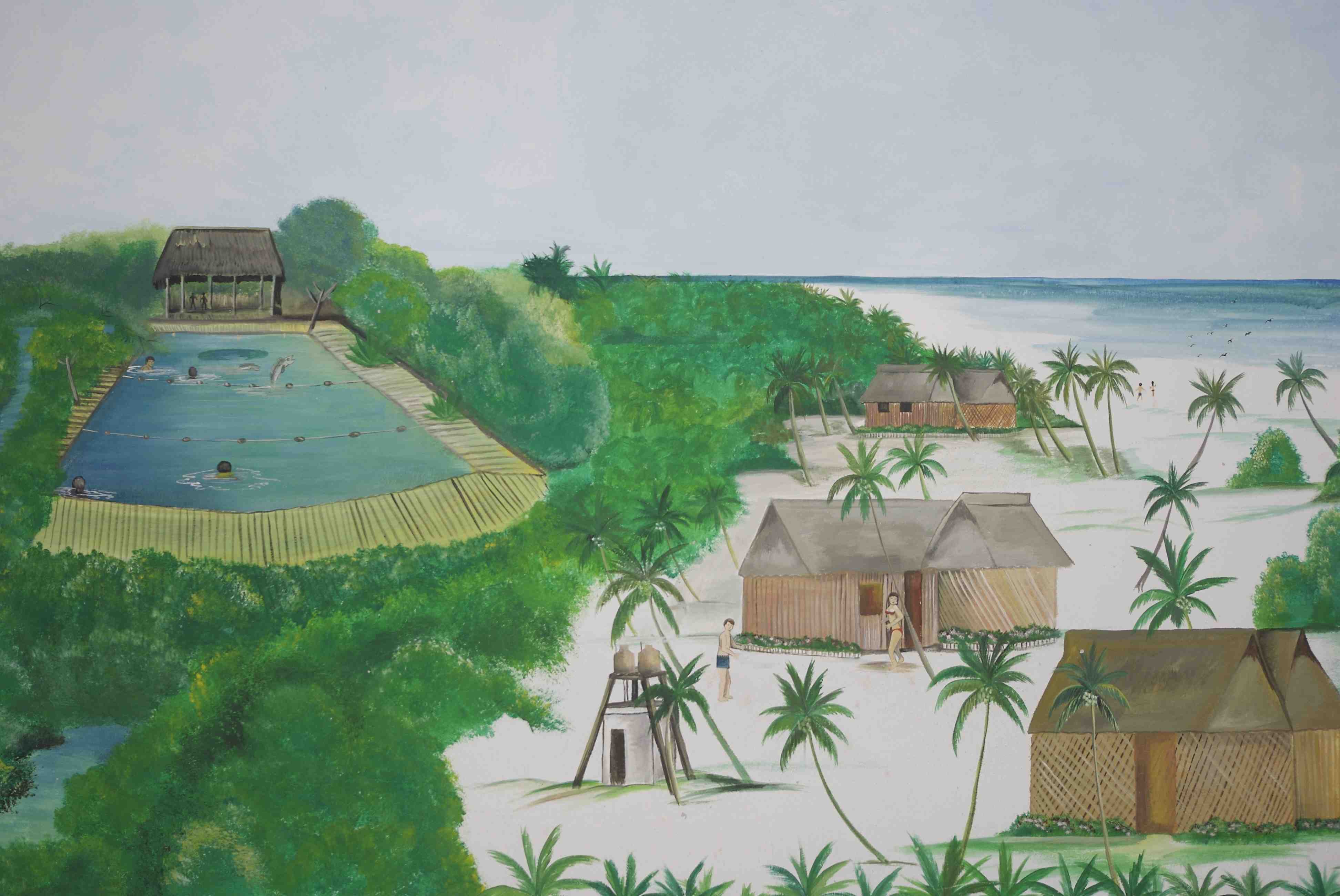 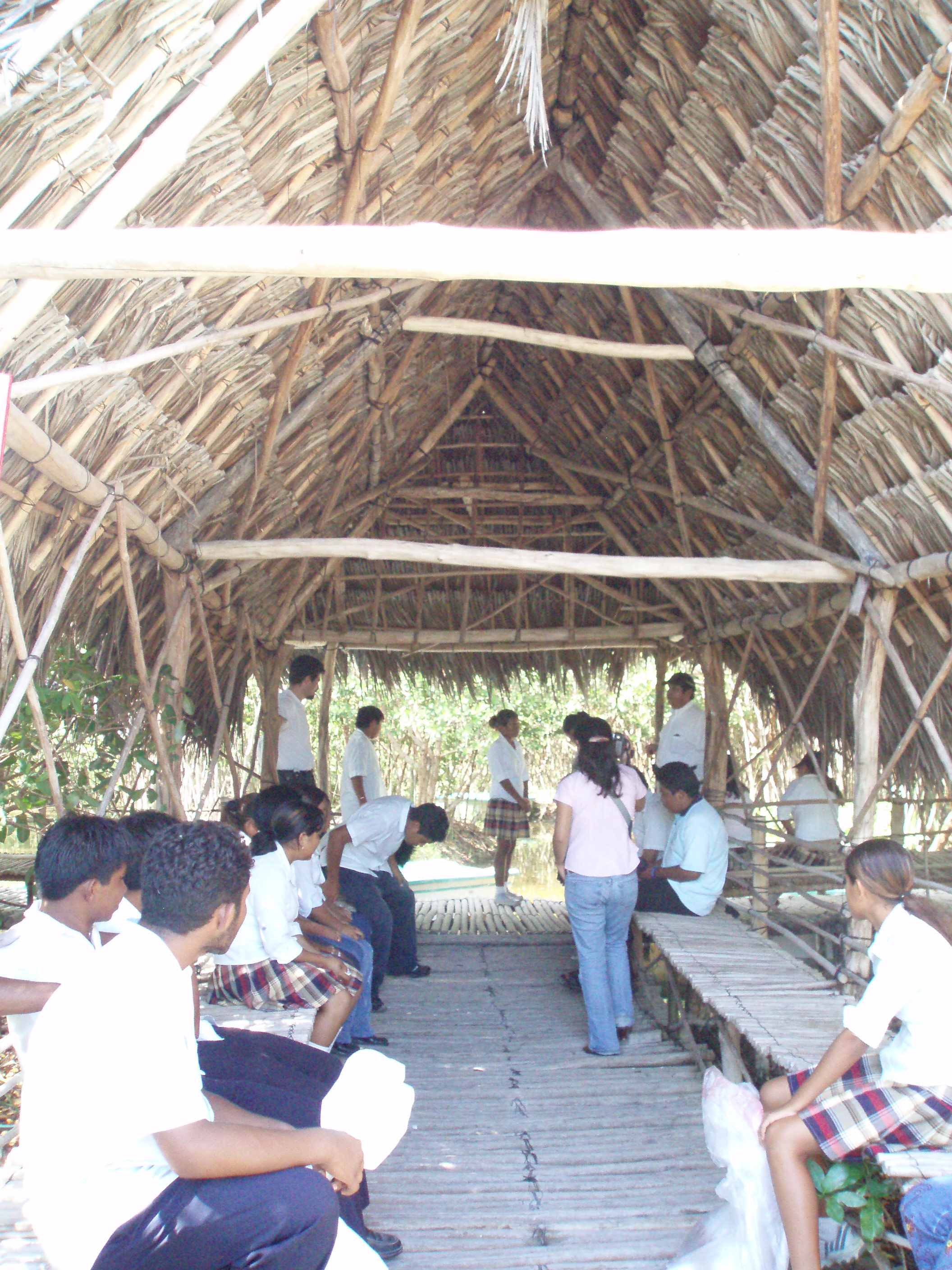 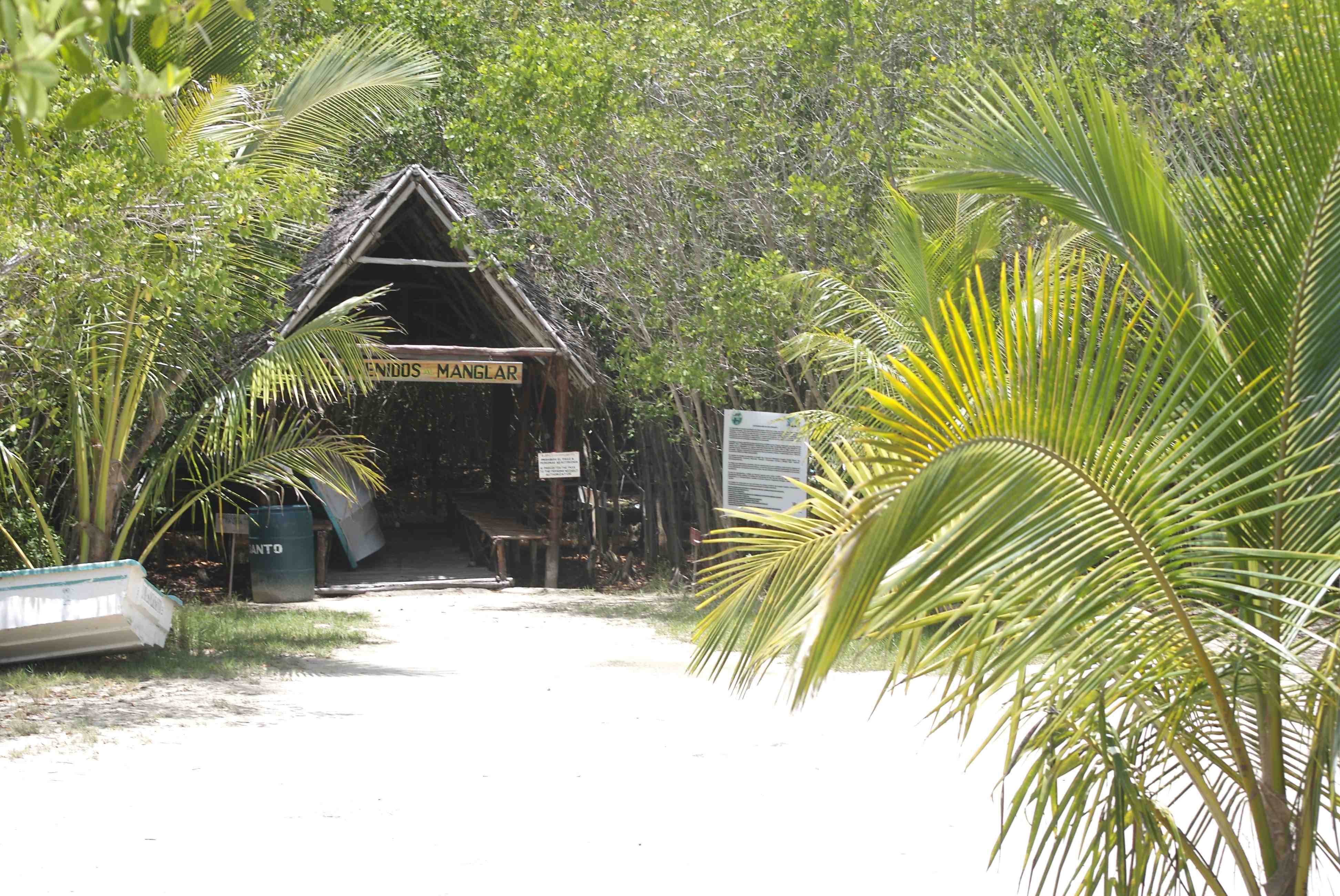 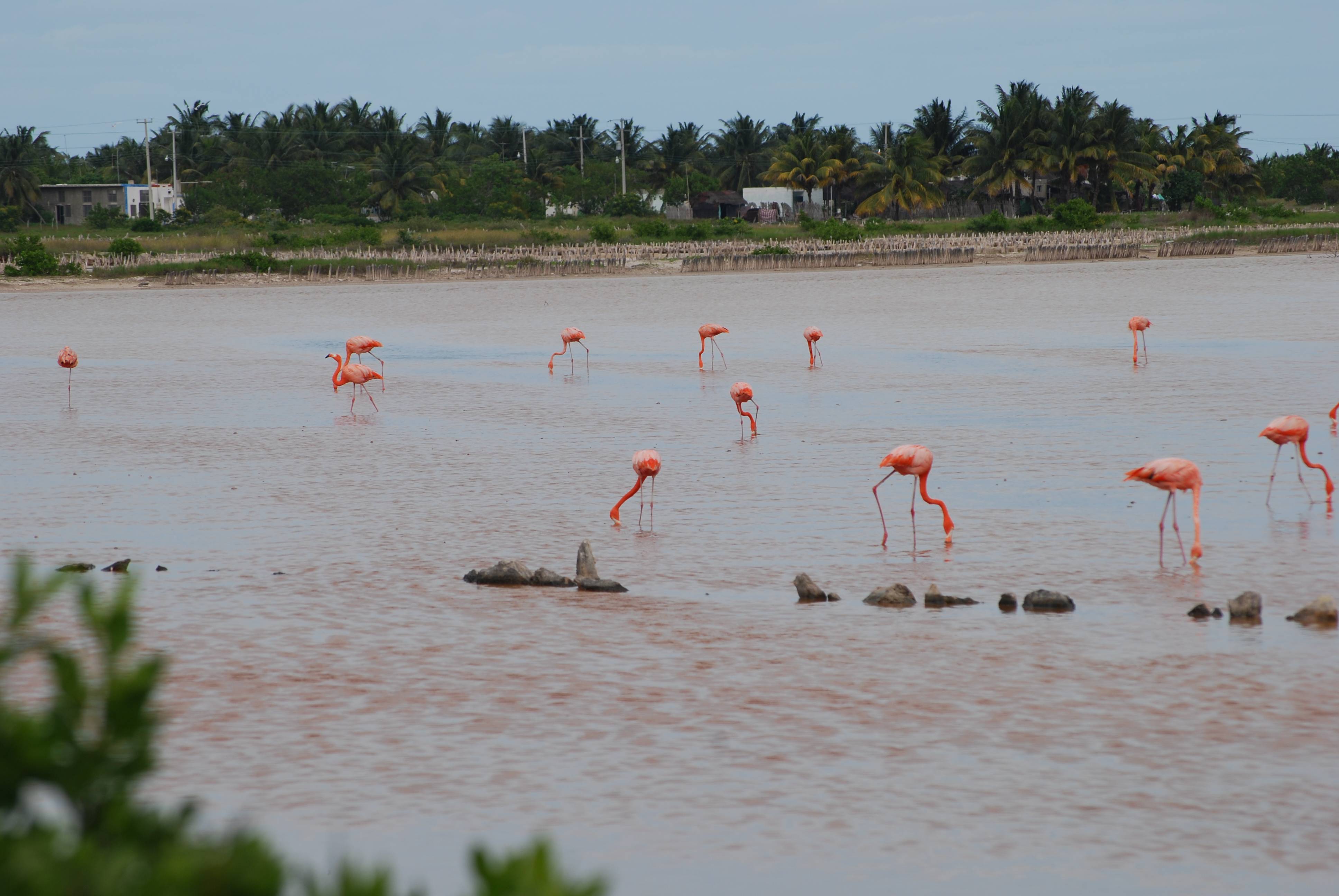 The Unidad de Manejo Ambiental (UMA) San Crisanto is located along the northern coast of the Mexican State of Yucatan. The area is not only famous for its natural beauty, but also for being home to one of the largest indigenous populations in Mexico, the Maya, who have inhabited the area since circa 250 BC.

The UMA is part of the Ejido San Crisanto, whose community, entirely formed by Yucatean Maya people, grew from 150 individuals in the 1970s to more than 550 in 2008. The ejido, a rural property for collective use, is an introduced term that arose during Spanish colonization, referring to land granted to established populations and land granted to relocated communities. With the aim of giving land back to its actual users, the 1917 Constitution set up the legal basis for ejido expansion. According to the Land Use Plan, the ejido consists of (1) a conservation area; (2) land plots where productions take place; and (3) land for human settlements. The conservation area of San Crisanto occupies 1,020 ha of land (out of a total area of almost 1,500 ha) divided into: 110 ha of tropical deciduous forest, 850 ha of mangroves (Red, Black, White, and Buttonwood), 60 ha of grassland and wetland, and 45 cenotes (sinkholes with exposed rocky edges containing groundwater). Typical species of the area are the Morelet's Crocodile, the Hicotea Tortoise, and the Common, Least and Black Tern.

The process that led to the creation of the UMA San Crisanto started with the community’s attempt to secure its livelihood from resource exploitation by large farm owners. The idea was to develop community based productions under the old ejido system and, in so doing, claim the rights to their land. The negotiation process culminated with the identification of the land relating to the community in the early 70s, and the restoration of the ejido through federal mandate in 1974. Fishing activities started in 1976, coconut plantations were introduced in 1978 and, in 1983, the community restored salt extraction, which was a traditional activity of the ancient Maya.

Through the constitution of the ejido, the community has been able to preserve its cultural patrimony and secure livelihoods. The realisation that their wealth strongly depended on the conservation of the environment became clear after the devastation provoked by Hurricanes Opalo and Roxana in 1996: 30 meters of beach were eroded, the area was flooded (due to the malfunctioning of the mangrove hydrological system, damaged by road construction) and there was a sharp decline in the faunal population of the area, particularly migratory birds, flamingos and storks. As a first step, the community implemented urgent recovery measures, mainly by restoring canals and cenotes to allow water flow and thus regenerating the natural hydrological system of the mangroves. This brought a 25 percent increase in fish populations, an increased number of birds, and the general recovery of the ecosystem. The community also realised that more conservative and permanent measures were needed for biodiversity protection. The Unidad de Manejo Ambiental San Crisanto, created on the communal land of the ejido, was legally established on April 12th 1999 by the federal government with the aim of managing biodiversity conservation and restoring ecological processes.

The San Crisanto community is now involved with both economic and conservation activities. Fifty percent of the revenue is derived from fishing, 30 percent from ecotourism (this percentage is still increasing) and 20 percent from coconut plantations. Salt extraction is still practiced for cultural reasons, but it does not provide the community with any significant profits. Along with conservation and restoration programmes, the UMA implements capacity building, education and training projects, such as sustainable mangrove use, natural residual material disposal and photo and theatre workshops for school visits and others.

According to the ejido practice, the whole community is responsible for the governance of the area. The ejido deals with economic issues, including the revenue generated through the different activties. In this system all decisions are made by the ejidatarios (assembly formed of approximately 30 chiefs), using customary rules and a management plan. The Fundacion San Crisanto manages any aspects concerning the conservation and restoration of the area, capacity building and education projects.

Hurricanes are recognised as the main threat: from 1980 to 2005, 6 strong hurricanes hit the area with heavy consequences for both the environment and the inhabitants of San Crisanto. In 2002 Isidoro destroyed three quarters of the trees in the mangrove area. Thanks to the work done by the community, which greatly fostered the resilience of the ecosystem through the restoration of the hydrologic system of the mangroves, the wetlands had almost completely recovered by 2007. Other threats come from illegal hunting (approximately 50 white-tailed deers are illegally killed every year) , fishing, and mangrove extraction, along with the development of the infrastructure, such as roads (which obstruct the proper functioning of the mangrove system) or electric lines that cross important bird flying areas (these caused the death of 270 flamingos between 2005 and 2007). All preventive measures, particularly the ones needed to ensure the restoration of natural ecological functions, are at the moment limited by the lack of financial resources.

The community is promoting its work in conservation management through festivals (such as the Festival de coco and the Festival del mangral), publications (San Crisanto: Naturaleza, Cultura y Turismo) and a dedicated website - www.sancrisanto.org. The Fundacion San Crisanto is also a permanent attendee to International Universities Organisation for Sustainable Development and Environment, and was awarded the National Prize for Ecological Merit in indigenous natural and cultural heritage protection in 2000. San Crisanto received the economic support of the North American Wetlands Conservation Act, United Nation Development Programme-Small Grant Programme, the Secretariat of Environment and Natural Resources of México, the RAMSAR Convention on Wetlands, and the technical support of the University of Yucatan. Acknowledging the importance of networks in conserving nature and achieving recognition, they have been closely working with other ICCAs in the Region, such as Nuevo San Juan Paringaricutiro Michocoan, the Yucatan Tourism network and the Central American network ACICOFAC.

The community is actively working on the preservation of its natural ecological richness and proper management of its ecosystems. For this reason they are campaigning to re-build the road to allow adequate water flow into the area. They also want to work on a GIS system, which will facilitate spatial management of the area. Finally, the community is planning to open a new viewpoint within the conservation area to take full advantage of the possibilities offered by ecotourism. The first viewpoint, opened in the mangroves in 2001, was very successful, being visited by 8,000 people in 2008.

Life in San Crisanto depends on the correct functioning of the mangrove system. Thanks to a deep knowledge of this ecosystem, the community was able to restore the ecological functions of their ancestral land and, in so doing, secure their livelihoods. Managing conservation and investing in their most precious asset, nature, they increased the resilience of the area, added value to conservation activities and created sustainable development opportunities for the community. Networking and publicity have been fundamental to achieving credit and recognition of their role in conservation. In order to obtain the financial support offered by national and international institutions, the community re-invented itself (creating a Foundation to deal with conservation activities) and demonstrated the importance of a flexible and adaptable spirit.

From an interview with the Director de Operation, Ejido de San Cristano, on July 6th 2009.