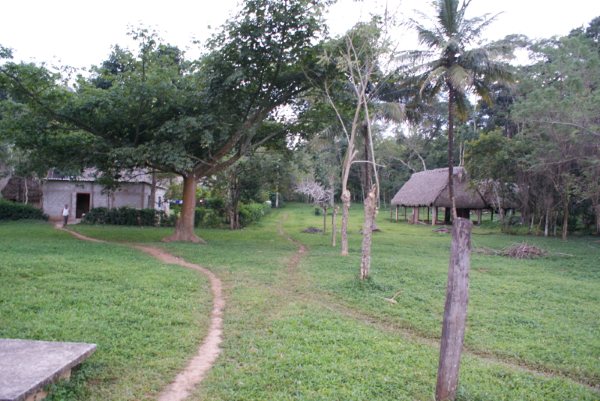 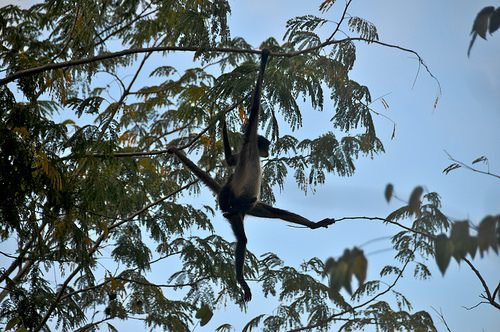 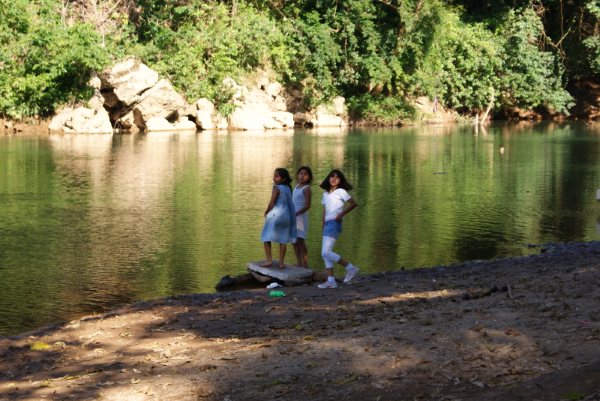 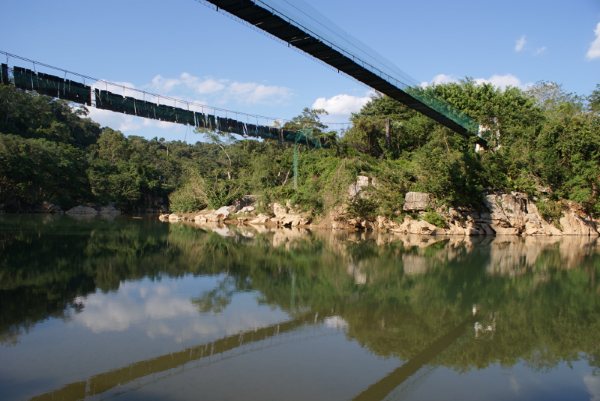 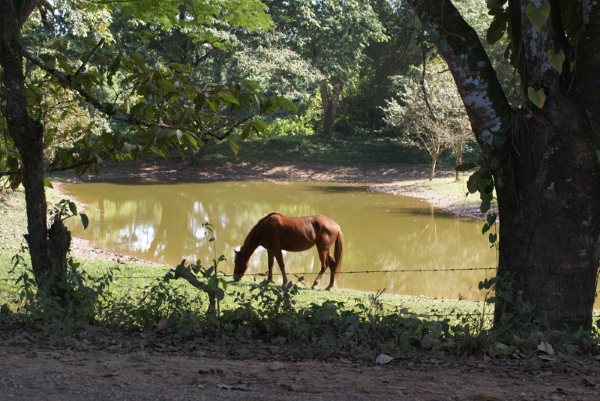 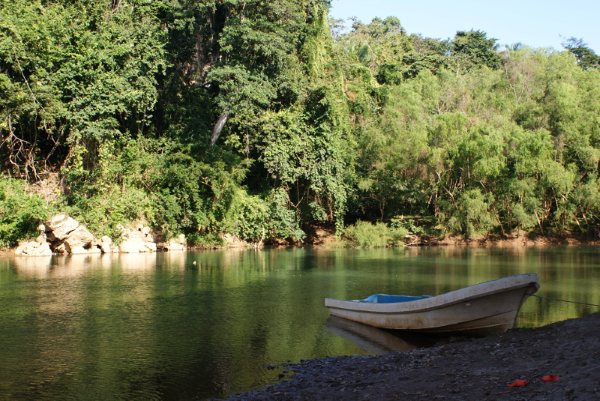 The Cerro Chango reserve is so called due to the presence of important troops of spider monkeys (Ateles geoffroyi). It is located in the municipal of Santiago Jocotepec, in the State of Oaxaca, southern Mexico, the country's most biodiverse and ethnically varied region. The reserve is 901 hectares (ha) in size, of which 739 ha are forest, 111 ha are used for agricultural purposes and 51 ha are old agricultural land that is in recovery.1 It is part of a network of community conservation areas that have been created by the indigenous Chinanteco people that contribute to the Mesoamerican Biological Corridor. The region is famous for its highly diverse tropical forests, primary cloud forest, with over 800 plant species recorded and important populations of jaguars, tapirs, spider monkeys, toucans and other fauna.

The reserve was created on 18th September 1998 in the community of Nuevo San José Rio Manso, in order to integrate ecosystem management, preserve high evergreen tropical rainforest and to manage and protect the spider monkey populations, as well as protecting deer, parrot and toucan species.3 It was not until July 2004 that the reserve, as well as all other areas voluntarily conserved by the Chinanteco people, was officially recognized as a protected area (under the category of a community conserved area), by the National Commission of Natural Protected Areas (CONANP). Under this certification scheme the communities have to comply with certain obligations and receive payments for ecosystem services in order to continue their conservation efforts.

The Global Diversity Fund (GDF) that supports agricultural, biological and cultural diversity throughout the world via research, training and social action, has been working in the region. GDF is implementing the project “Building local capacity to manage community conserved areas in Oaxaca, Mexico" with the Chinanteco people. So far training has been provided to communities on participatory videos, plant collection, legal frameworks, tourism, conservation and natural resource management.2 GeoConservación, a Mexican NGO that promotes the conservation and the sustainable use of natural resources, especially by local communities, has also been working in the Chinantla region from 2002.

The community runs an ecotourism centre from the reserve that offers accommodation, guided tours, rafting, bicycle hire, horse riding and mountain climbing. Ecotourism is being strengthened by the training of guides, first aid training and the building of huts within the reserve area.

The area is managed by the community of Nuevo San José Rio Manso, whose 200 people are all Chinanteco indigenous people. Within the 901 ha site, 700 ha of it is an Ejido ecological reserve. The Ejido system is a Mexican land grant scheme where a village owns common land as well as each village member (ejidatario) owning land as private property. The ejidatarios have the power to make decisions about the management of their common land, but the land cannot be sold. Within the Ejidal of Cerro Chango there are 28 ejidatarios that represent the 28 families of the community, with each family owning their own land, as well as having access to common land.4 The creation of an Ejidal reserve means that the community decided to allocate some of its common land for conservation purposes. The reserve is regulated autonomously through the communities' own statutes and decisions are taken by Ejidal (community) authorities consisting of a president, secretary and administrator, through the process of Ejidal assemblies.

The community is involved in Community Territorial Planning (CTP), which, through regular community training workshops, has led to proposed rulings on the use and management of natural resources and the formation of land use zones.1 These zones include conservation areas, where the land use is not allowed to change, that protect biodiversity and ecosystems, including the maintenance of forest cover and water capture.2 Official validation of these rules and land use categories is the responsibility of the general assembly of community members.

Conservation of this tropical cloud forest is crucial for water capture and soil conservation. The average rainfall in Chinantla is approximately 3845 millimeters (mm) per annum, making it one of the areas in Mexico with the highest rainfall, while average rainfall in the cloud forest itself reaches 5-6,000mm per year.5 The water collected by the area feeds into reservoirs used to supply water to nearby cities and towns. The community has reforested an area of 46ha within the reserve, and has started on soil conservation and agro-forestry activities.1

The community is in the process of establishing Wildlife Management Units (WMU) to protect the spider monkey (Ateles geoffroyi) and the cycad (Dioon spinulosum).1 This is a very large cycad, up to 16m tall, that is only found in eastern Mexico. It is threatened by extinction due to its restricted range and loss of native rainforest habitat in many areas.5 WMUs, or Unidades de Manejo Ambiental (UMAs) as they are known in Spanish, principally aim to conserve wildlife, or plant species, through the active management and sustainable use of the species for subsistence production, commerce, hunting, tourism, academic research or conservation purposes, and are approved by the national government. The community benefits from the conservation of the spider monkey through ecotourism, and offers guided trips to tourists to observe the monkeys in their natural environment. However deforestation is a continuing general trend in the region. Illegal extraction of non-timber forest products and poaching of animals is also problematic.