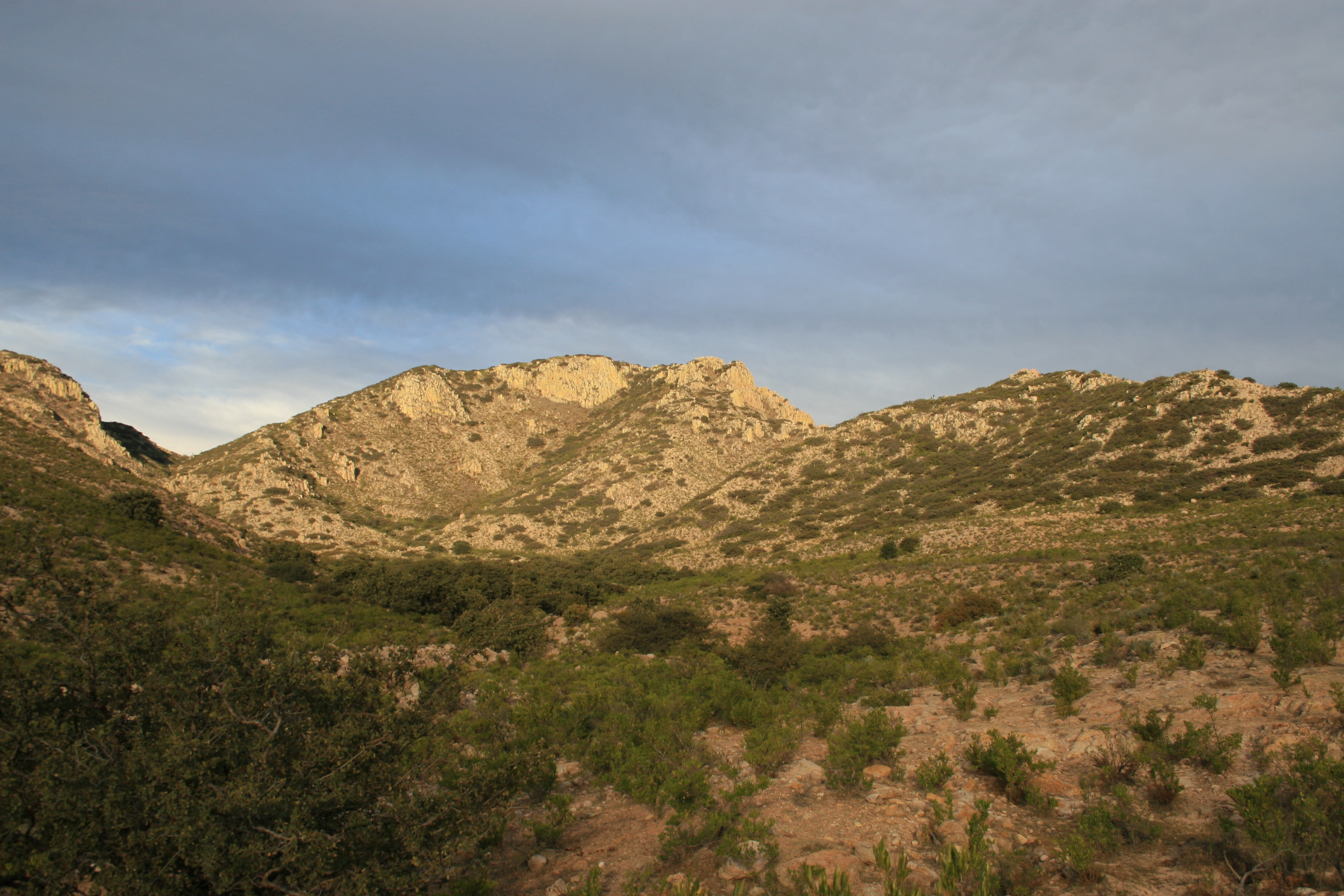 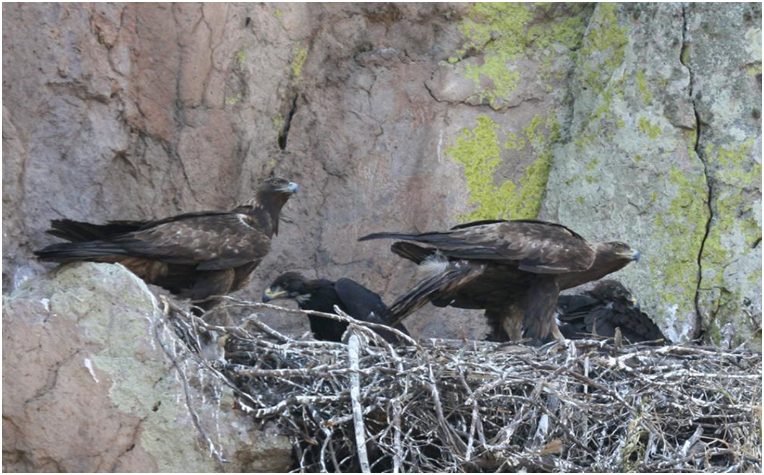 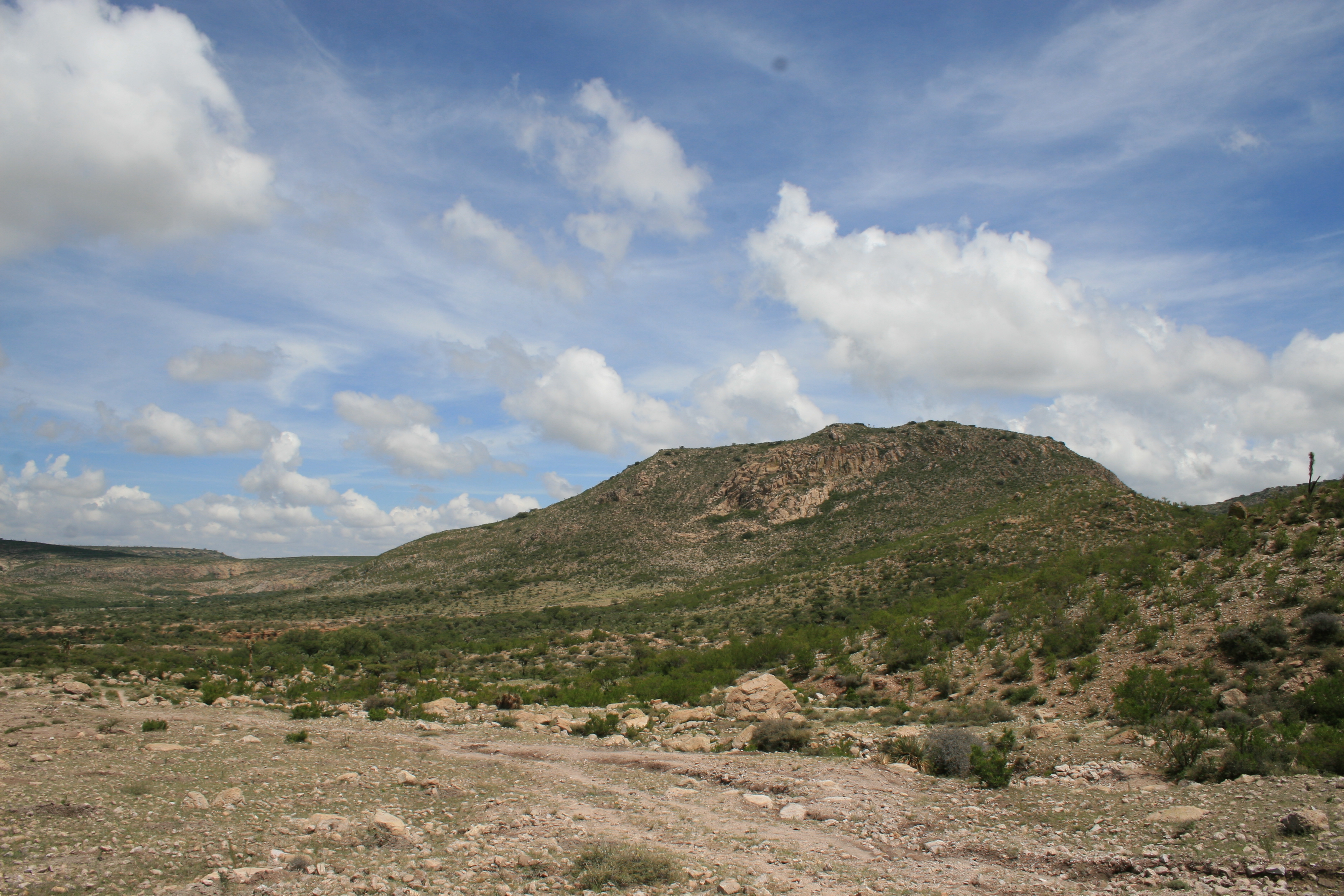 Located in the northern State of Aguascalientes, in the Municipiality of El Llano, the site comprises of 2589.45 hectares (ha), principally designated for the conservation of the golden eagle (Aquila chrysaetos). The region is mountainous, with the Cerro de Juan Grande reaching an altitude of 2,530m, while the reserve lying in the foothills of the Serrania de Juan Grande. The protected area is common land that forms part of the Ejido Palo Alto, and has been voluntarily and specifically put aside by the community for conservation purposes. It is also formally recognized as a protected area by the National Commission of Natural Protected Areas [Comasión Nacional de Áreas Naturales Protegidas (CONANP)].

The golden eagle is a national emblem of Mexico, and features centrally on their flag. However the species is listed as threatened under NOM-059-SEMARNAT-2001, which details species of conservation concern in Mexico.2 One of its last strongholds for breeding in Mexico is located in the foothills of Serrania de Juan Grande, where there are 8 nesting sites.3 The area is also inhabited by 13 reptiles that are also listed as at risk on NOM-059.8 For decades the ecosystems in this region have been degraded by overgrazing, deforestation and climate change, leading to low diversity, with few natural habitats remaining, and hence protection of this area is needed before all the natural ecosystems are erased.8

On the 7th September 2006 the National Commission of Natural Protected Areas, CONANP, through the guidance of the Ministry of the Environment and Natural Resources, certified 2589.45 ha as an area of golden eagle protection for the next 50 years.3 This area forms part of the Ejido Palo Alto and was designated following an ejido community assembly in April 2006 where the community members unanimously decided to preserve the ecosystems and biodiversity of their land. The area designated consists of approximately 30% of the total land owned by the ejido.8 The zone of protection seeks to: 3

a) Conserve the land for the hunting, breeding and nesting of golden eagles

b) Allow continuation of research on golden eagles, to better understand their population dynamics, distribution and biology

c) Conserve other notable species in the area

The area consists of a core zone, which covers the most fragile ecosystem and the nesting site of the golden eagles, of 435 ha. The remaining area is a buffer zone, where the use of natural resources is allowed as long as it is sustainable and does not impact on the integrity of the ecosystem.

The Aguascalientes State Ministry of the Environment [Instituto del Medio Ambiente del Estado, IMAE] has been monitoring the nesting site of a pair of golden eagles in this area since 1999. Between 1999 and 2001 the pair produced 1 eaglet each year. This increased to 2 fledglings in 2002, but only 1 eaglet was recorded again in 2003. It is unsure whether the pair was successful in raising chicks in the following years, although they did produce eggs. In 2007 success has achieved again when the pair raised 2 fledglings.4 This positive result in 2007 is likely to be due to the designation of the area as a protected zone.

Golden eagles still remain threatened in Aguascalientes however due to human intrusion into their natural habitat, by the construction of roads and the installation of high voltage cables, which can cause electrocution, and both of which disrupt their breeding behavior.6 This has been resulting in a low breeding rate. Poaching and capture of birds for the pet trade/falconry is also problematic.7

The land is community common land and forms part of the Ejido Palo Alto. An Ejido is an introduced Spanish term that refers to land granted to already established communities. Such local communities have rights to the land, both common land and private, but they cannot sell this land. There are no permanent settlements within the protection area itself, with the nearest settlement being Palo Alto that has a population of 4,215 people.8 However the management of the area remains the responsibility of the Ejido community, with assistance from the State Government of Aguascalientes and CONANP, and decisions on its management are reached through community meetings, such as the Palo Alto Ejido Assembly. The ejido Board is responsible for operations and monitoring within the area, and coordination with government departments, academic institutions and NGOs.8

The Ejido Palo Alto community is obliged to undertake certain duties associated with the certification of the area as a protected zone by the National Commission of Natural Protected Areas, and adhere to the policies and guidelines developed from the Certification Technical Study. These include developing a management programme, compiling inventories of the flora and fauna in the area, conducting an environment education programme for visitors and placing signs to mark the boundaries of the area and access roads into it.1 The community has to maintain the area in the state it was in when the certification started, and as such is obliged to allow access and provide facilities for its inspection by the Federal Environmental Protection agency. They also are requested to report to CONANP on conservation projects and allow CONANP staff to check the implementation of such projects.

Ideally there would be a complete taxonomic study of the area, including both vegetation and wildlife. An environmental education programme is needed to inform landowners about the best management practices. A petition from the ejidatarios has been put forward to restore the extinct deer populations in the Sierra area.8

Monitoring golden eagles remains a priority, with camera equipment obtained for the remote observation of the nests present in El Llano, and studies needed on fledgling survival and dispersal and on how the eagles interact with their predators and humans. In 2009 the IMAE received a contribution of $170,000 from CONANP for the conservation of golden eagles. The Biotic Resources Division of IMAE is shortly due to publish a book on all the data and research regarding golden eagles in the region of Cerro de San Juan.5