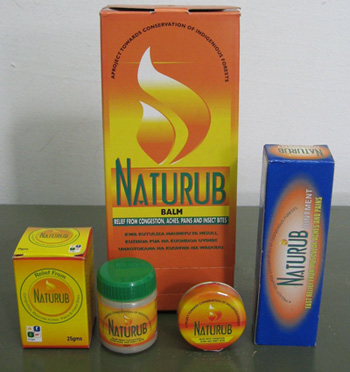 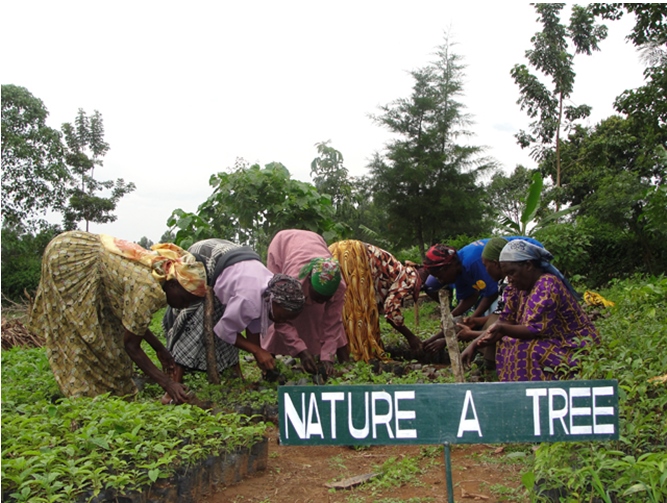 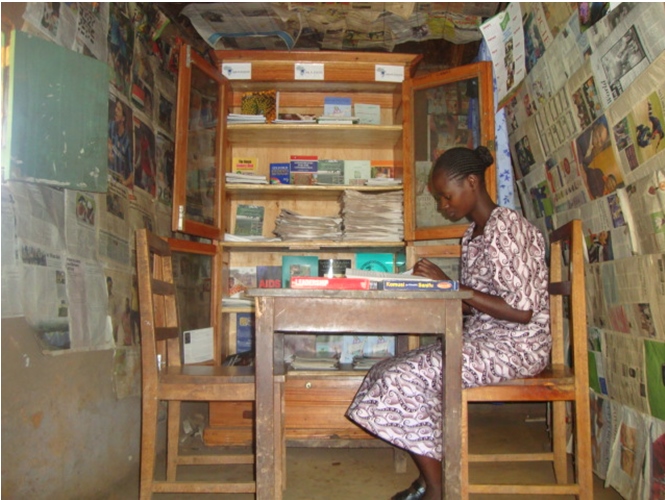 The Muliru Farmers Conservation Group (MFCG) is a community based organisation in Kenya whose main purpose is to promote non-forest derived income generating activities to the community around the Kakamega rain forest in western Kenya. This aims to relieve pressure on biodiversity from subsistence and commercial farming. The group has around 30 members, of whom 18 are women and 12 are men, living adjacent to the rain forest1. The initiative largely comprises of the commercial sale of a wild indigenous medicinal plant product; this requires the traditional knowledge and practices of the local community, modern science and technology, and a partnership between the rural community, advanced research and development institutions, and the private sector. The group has been very successful in creating value-added alternative incomes for the local population, relieving unsustainable pressure on forest resources, demonstrating the economic incentives of biodiversity in the region and promoting conservation activities2.

The group was formed in 1977 and was registered in 1999, in partnership with several advanced research and development organisations; including The University of Nairobi, The Kenya Wildlife Service, and The International Centre of Insect Physiology and Ecology (ICIPE). Originally involving 30 local people, the group has been hugely successful with community involvement, and now works with over 2000 local community members who are actively involved in the initiative.

The group started out selling indigenous seedlings for agro-forestry (a practice which is still continued today); however, they have since branched out to a range of activities. The initiative was catalyzed by extensive destruction of Kakamega forest and its biodiversity, and high levels of poverty of the community living adjacent to the forest. In 2005, the group established a facility specially designed to process the Ocium kilimandscharicum plant into essential oil for the manufacture of Naturub®. Hydro-distillation equipment for the extraction of essential oil was provided by the UN Development Programme in 2002. Since then, over 700kg of essential oil has been produced by the community, equating to 400,000 Naturub® units and US $ 70,000 in revenue1.

Kakamega forest reserve is the last surviving rainforest in Kenya, encompassing an area of 240lkm2, approximately 35km from Lake Victoria. The area represents the last of the most eastern fragment of the Guineo-Congolian rainforest, which was once present throughout Kenya, Uganda, East and Central Africa, stretching right across to the West African coast3. Its dramatic decline is due to unsustainable human exploitation, which continues today such that the Kakamega forest is under threat. The forest represents a unique sanctuary to a wide variety of endemic plants, birds and insects; up to 20% of all Kenyan species are present in the area, including 75% of types of butterfly and 350 different bird species4. The human population density around the forest is as high as 1,200 per square kilometer. Due to the high levels of poverty, communities living adjacent to the forest have depended on forest products for their daily needs and income. This has lead to haphazard and excessive consumption, which has resulted in fragmentation of the forest. The problem is nationwide; the forests in Kenya have shrunk to cover just 2% of land, well below the 10% benchmark for ecological sustainability5. When conserving biodiversity, organisations must consider the economic dimensions of the issue, namely by providing livelihood security for the Kakamega community.

The MFCG was formed in partnership with advanced research institutions, which are able to provide vital technical assistance. The following have been key partner institutions to the group thus far in its history:

Furthermore, the initiative has been funded by the following donor organizations:

The main alternative income generating initiative for the community involves the cultivation of Ocium kilimandscharicum, an endemic Kenyan shrub. Traditionally, the plant is said to have medicinal properties and is used to treat colds, flu, diarrhoea, abdominal pains and measles, as well as being used to repel mosquitoes and protect grain stores. The extract from the O. kilimandscharicum leaves is used to manufacture Naturub®, a commercial natural product developed by the International Centre for Insect Physiology and Ecology (ICIPE), the University of Nairobi, The Kenya Wildlife Services and other partner institutions1.

Due to population pressure, the agricultural land around the forest has been degraded. This has lead to an organic farming initiative whereby farmers are trained in modern farming practices and are encouraged to use organic manure rather than artificial fertilizers.

In order to enrich the lives of the village people, the MFCG has established four community libraries within the community with the main aim of providing free access to materials and services which improve minds, enrich lives, and fulfill cultural civic and educational needs1.

In order to regenerate the Kakamega forest and its resources, the MFCG has started the "Nature A Tree initiative" to help repair the damage from illegal logging and also to promote on-farm tree planting. This has led to establishment of tree nurseries within the community. The tree seedlings include indigenous medicinal plants, agro forestry trees and fodder trees. Together with Kenya Forest Research Institute (KEFRI), MFCG train community farmers and school children on tree nursery management. MFCG donates part of the seedlings to Kenya Forest Service and assists in reforestation. Community Members are also encouraged to buy tree seedlings from MFCG and plant indigenous tree species along the rivers in order to assist in the rehabilitation of river sources1.

Dependence on the forest has been reduced with the creation of alternative employment, particularly for women and youth. Women's voices and participation have been enhanced, with 55% of the participating members and 50% of the leadership of the community enterprise comprising of women. Improved livelihoods have also been provided to more than 2000 local community members, and their income has increased by up to 300%. Rural community members have attained modern technical and scientific skills in industrial processing and production, and entrepreneurial skills including sales, marketing and management. They own and manage the enterprise1. A farmer in the MFCG describes the benefits of the project within the Kakamega community:

“The project has tremendously raised the living standards of the community members. Those who previously lived in grass-thatched houses now have better homes; and awareness about environmental conservation has improved and many local people are seeking computer and business management skills in efforts to improve production"

The packaging of Naturub® products bears a distinctive message on conservation of biodiversity. With over 400,000 pieces sold, the new nature-based medicine has contributed to the improvement of health of an estimated 0.5 million people in Kenya and beyond. Commercial cultivation of O. kilimandscharicum was achieved. The plant is now grown as a high-value crop on small-holder farms adjacent to Kakamega forest. Total acreage increased by 700% from 2.5 hectares in 2005 to 20 hectares in 20101.

The forest remains under threat from illegal logging; however this has declined significantly in recent years in areas managed by The Kenyan Forest Department6, and the damage is being repaired by the Nurture a Tree initiative.

The main threat to the continued success of the organisation lies in the marketing of the Naturub® product. Recently, a lack of awareness on the local market has meant that supply of the product has threatened to exceed demand. Continued product development requires significant investment in order to gain market approval. In addition, the area of land used to cultivate O. kilimandscharicum has increased dramatically in recent years to 240 km2, therefore investment is needed in transport infrastructure in order to ensure continued supply of the plant product.

Due to the attractiveness of O. kilimandscharicum flowers to honey bees and its potential as a source of nectar, a number of farmers have set up bee hives within their O. kilimandscharicum plots, and the MFCG is keen to develop bee keeping as another form of income generation.

Currently the main focus of the MFCG is to diversify the Naturub® product range. In addition, the MFCG is also working to make the manufacturing process more sustainable and is currently engaged in developing an organic fertiliser made from the by-products of Naturub®. As the farmer consulted states:

“The sustainability of the project can only come from the continued marketing of the Ocium kilimandscharicum products. Without this we are unable to generate an income and continue running our activities"