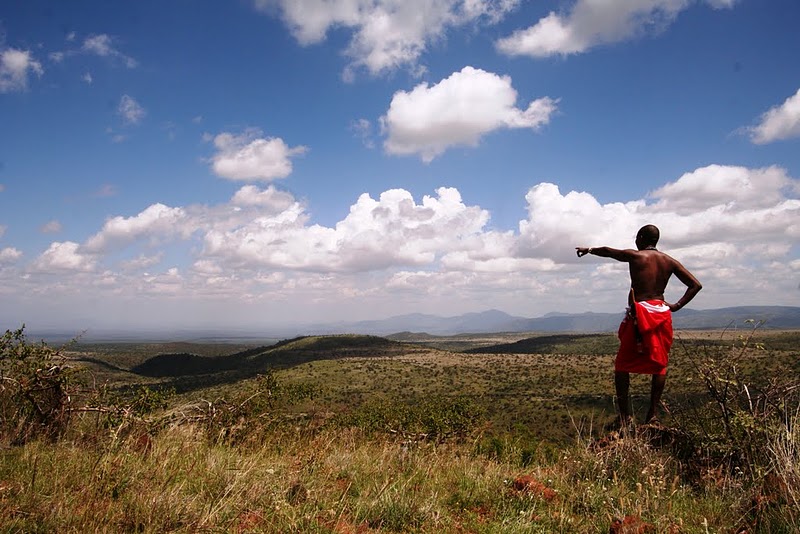 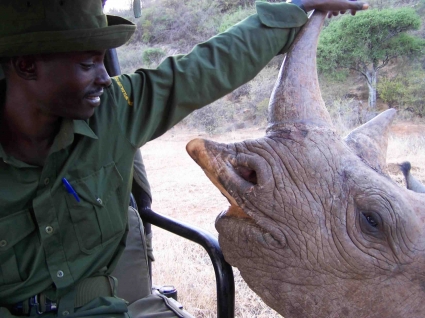 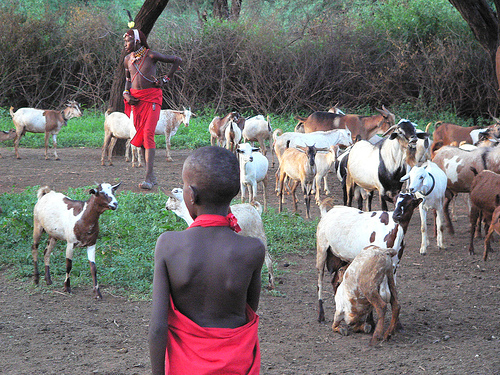 The Il Ngwesi Group Ranch consists of 9,471 hectares, and is located in Mukogodo Division in Laikipia District, north of Mount Kenya. It sits next to the Ngare Ndare River, on the edge of the Mukogodo Hills, and is mostly semi-arid or arid savannah land. The ranch is both owned and managed by the Laikipaik Maasai people that total approximately 6,000 people. The main forms of livelihood are livestock keeping (the Laikipaik Maasai people are traditionally pastoralists) and tourism. The area is potentially an important sanctuary for the critically endangered black rhino (Diceros bicornis). Other key species present include the white rhino (Ceratotherium simum), African elephant (Loxodonta africana), African wild dog (Lycaon pictus) and Grevy’s zebra (Equus grevyi).

As one of the first community directed conservation projects in northern Kenya, prior to its inception the area was largely undeveloped and there was little economic activity. Although there was some wildlife in the area, and camel treks operated through the region, the land had been degraded from over-grazing by the livestock upon which the Maasai were dependent.1

A sizeable black rhino population once inhabited the region, but this had became severely depleted from poaching during the 1970s and 1980s, and was virtually wiped out. Continued wildlife poaching led to local herdsmen being given radios in order to report poaching incidents.6 Over time the Maasai people began to realise the benefits of wildlife in their lands, as a visitor attraction that could provide revenue and employment. The successful privately owned Lewa Wildlife Conservancy area, whose land adjoins directly to the south-east of the ranch, was a prime example of ecotourism.

Initial attempts to establish the ranch were restricted by not much wildlife being left in the area, poaching and uncertainty within the local community. However through the example and support of Lewa, the project finally overcame these hurdles, partly through the training of community game scouts to locate and protect wildlife.

The ranch itself was established in 1995 with the aims of producing extra income from tourism and regenerating wildlife populations, with the assistance of Lewa. At this time building began on the Ngwesi Lodge, using local materials, as an ecotourism centre. It opened in 1996 and has since been described as a model for community conservation and ecotourism within Kenya, with a 4-star rating. The ranch is now a conservancy with the Northern Rangelands Trust (NRT), a NGO that assists the community.

The lodge is run by Ngwesi Company Ltd. and directly employs 35 people from the local community.4 Within the ranch exists cultural villages (boma) where visitors can learn and experience traditional Maasai culture, such as hunting, hut building bee keeping, dancing, medicinal plants and cattle husbandry. Camp sites also exist, and both game drives and camel treks are offered. The community also sell a number of handcrafted products, such as jewellery.

The Group Ranch is split up into a settlement area and a conservation area. The conservation area consists of a core area and a buffer area. Within the core area grazing and other activities that may degrade the land are prohibited, and the ecotourism centre is situated here.7 The core area has a radius of 5km2, while the buffer area totals 6,000 ha.8 Grazing in the buffer area is also regulated, through grazing not being permitted after the rains to allow for good grass growth. The ranch employs seven community Game Guards that patrol the ranch daily, especially the northern border, where poaching and illegal grazing remains problematic.

Through tourism the Laikipaik Maasai people have reduced their dependency upon livestock, and hence the ecosystem quality has dramatically improved. There are over twice as many tree and herbaceous plant species and 93% more sightings of wildlife inside the ranch, as opposed to outside it.7 Elephants were the most abundant animals recorded, while endangered animal species were only found within the ranch area.7

In 2002 an orphaned black rhino, Omni, was brought to the the ranch, a first step in reintroducing black rhinos back into the ranch area. At present the ranch has 3 rhinos, 2 white and Omni, but Il Ngwesi is potentially able to support a much larger rhino population. The ranch also provides extra security for the migration route of the endangered Grevy’s zebra that migrates through the region from Lewa to the government-run national reserves of Samburu, Buffalo Springs and Shaba to the north.

Income generated through tourism has been beneficial through paying for the construction of cattle dips, water projects, schools, education scholarships and health services. Funds generated have been used in constructing new school classrooms, providing salaries for teachers and bursaries for children to attend both secondary and tertiary colleges. In 2006 a HIV/AIDS programme began in Il Ngwesi, through funding from the Institute of Cultural Affairs (ICA) in Canada.2 The community created an “Anti-Stigma Declaration” in relation to HIV/AIDs with the aim of promoting community awareness, performing tests, supporting those affected and not tolerating discrimination of any kind. Training people within the community as counsellors and community care workers has been a key part of this work. So far 1,800 people have been tested within the community.2

In 2002 Il Ngwesi was awarded the Equator Initiative Award for the security it provides to wildlife, its sustainable use of resources through solar power and as 40% of the revenue it generates from ecotourism goes directly to the community.3 It has also been the winner of the World Legacy Award and BA (British Airways) Tourism for Tomorrow Award, alongside others.4

Il Ngwesi Community Trust was created in 2003 and is responsible for the group ranch, overseeing the raising of funds and project implementation. The Laikipaik Maasai people have elected a Group Ranch Committee and Chairman to represent the over 6,000 members of the community. Each year a general meeting is held to discuss matters such as revenue distribution, management policies and the registration of new members. A Management Committee is also elected at this annual meeting that carries out the day-to-day management of the ranch.5

The Il Ngwesi Maasai face similar pressures that are experienced by other Maasai tribes, such as the loss of mobility to perform their traditional methods of livestock management, conflict between humans and wildlife, and declines in livestock. The area also suffers from droughts, which are problematic when solely dependent on livestock. Diversification into tourism and the revenue generated from it has helped to partially overcome these.

The ranch itself suffers from a lack of development funds, and many local people remain unclear on the ranch’s laws and regulations. There is also some conflict between traditional and modern leadership methods, and poor education and management skills limit the leaders.7 Language barriers hinder communication and development of partnerships. Around 60% of the Maasai people remain insecure about land tenure.7

In December 2007, a dispute over the results of the national election resulted in violence between tribal groups, leading to a sharp decline in tourism in Kenya.9 The lodge sent two-thirds of its staff home as they were not required, and the game rangers increased their patrols to restrict poaching and continued violence. Over a year after the election, tourism in Kenya still remained lower than before the violence broke out.

Il Ngwesa aims to purchase land elsewhere for human settlement in the next 5 years, and focus on devoting the ranch to wildlife management and ecotourism.1 Translocating animals from areas such as the Lewa Wildlife Conservancy, will be executed in order to boost existing wildlife populations.

A major priority for the future is to establish the area as a rhino sanctuary and increase the black rhino population. Collaborative talks are in progress with the nearby Lewa Wildlife Conservancy, Lekurruki Group Ranch and Borana Ranch to establish one large conservation area between the four properties.1

High levels of collaboration and multiple attempts were needed in order to establish the ranch. Support from NGOs, governments or other agencies can be critical in founding community conserved areas. Such areas are more likely to be established and supported by the local community if they can retain and use their cultural values and knowledge. Through the efforts of this local community, it has been shown that environmental degradation and biodiversity can be halted and reversed within a relatively short time frame.7 The group ranch has also shown that conservation activities can stimulate economic development and continue to be successful, hence being self-sustaining.