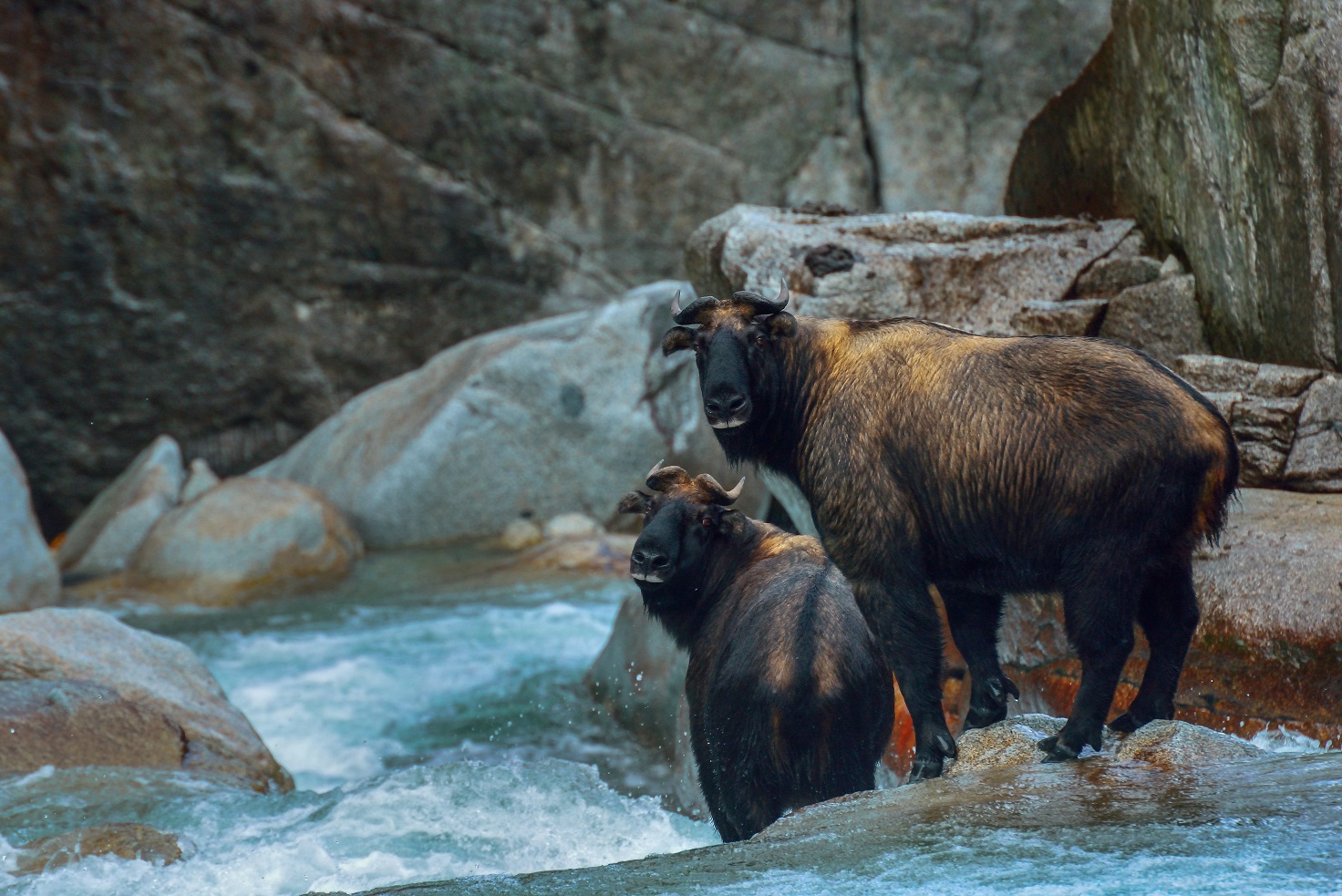 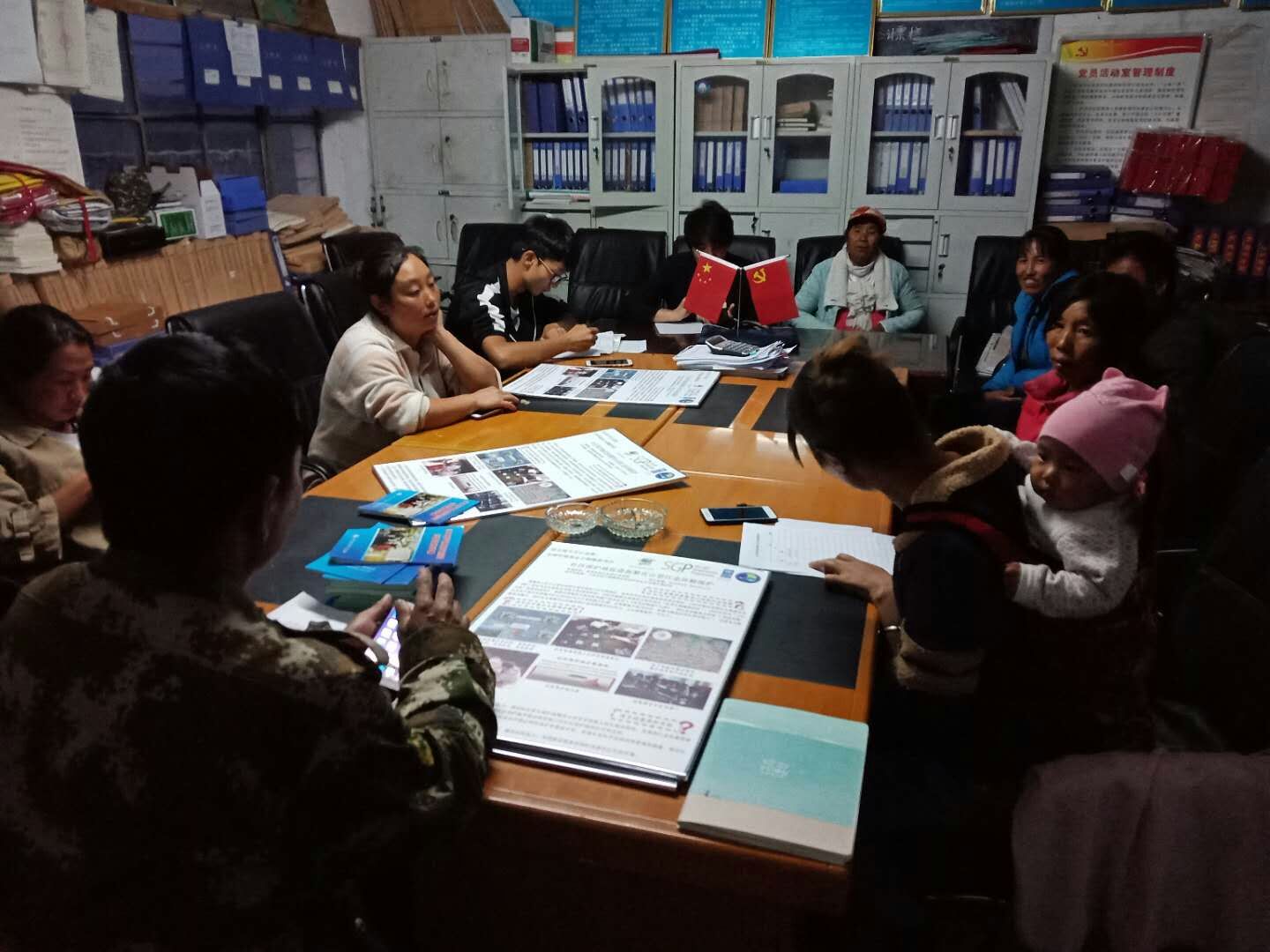 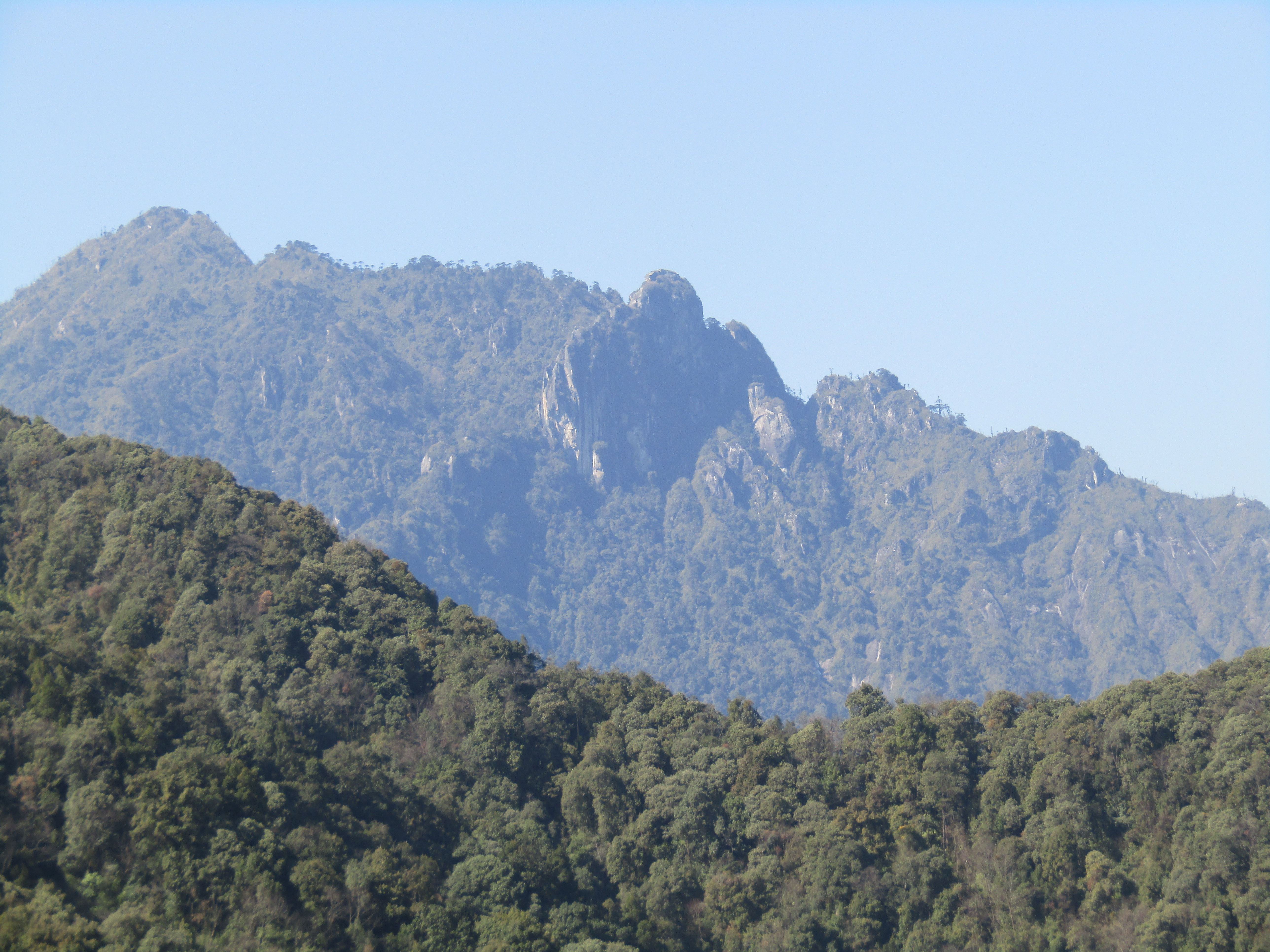 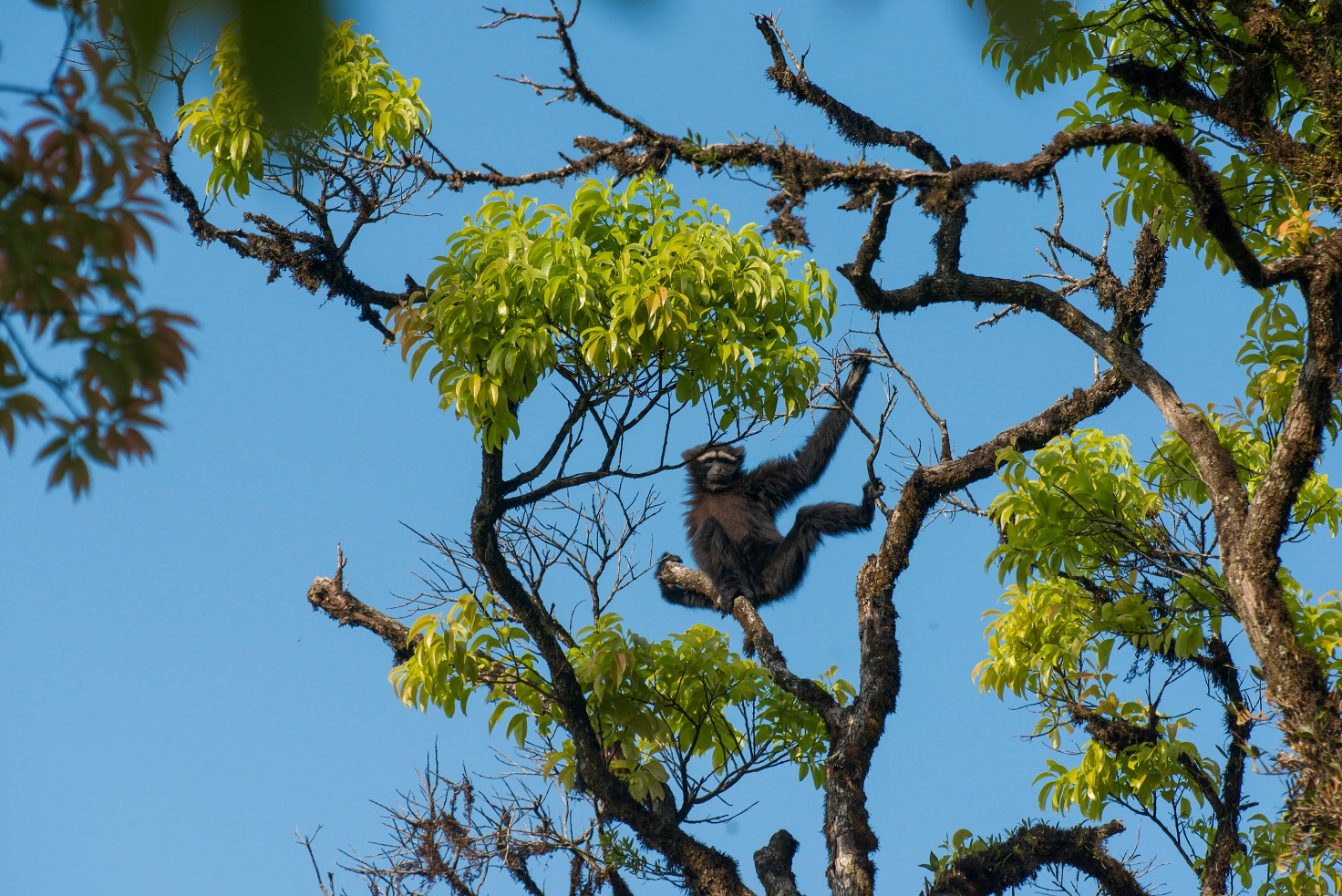 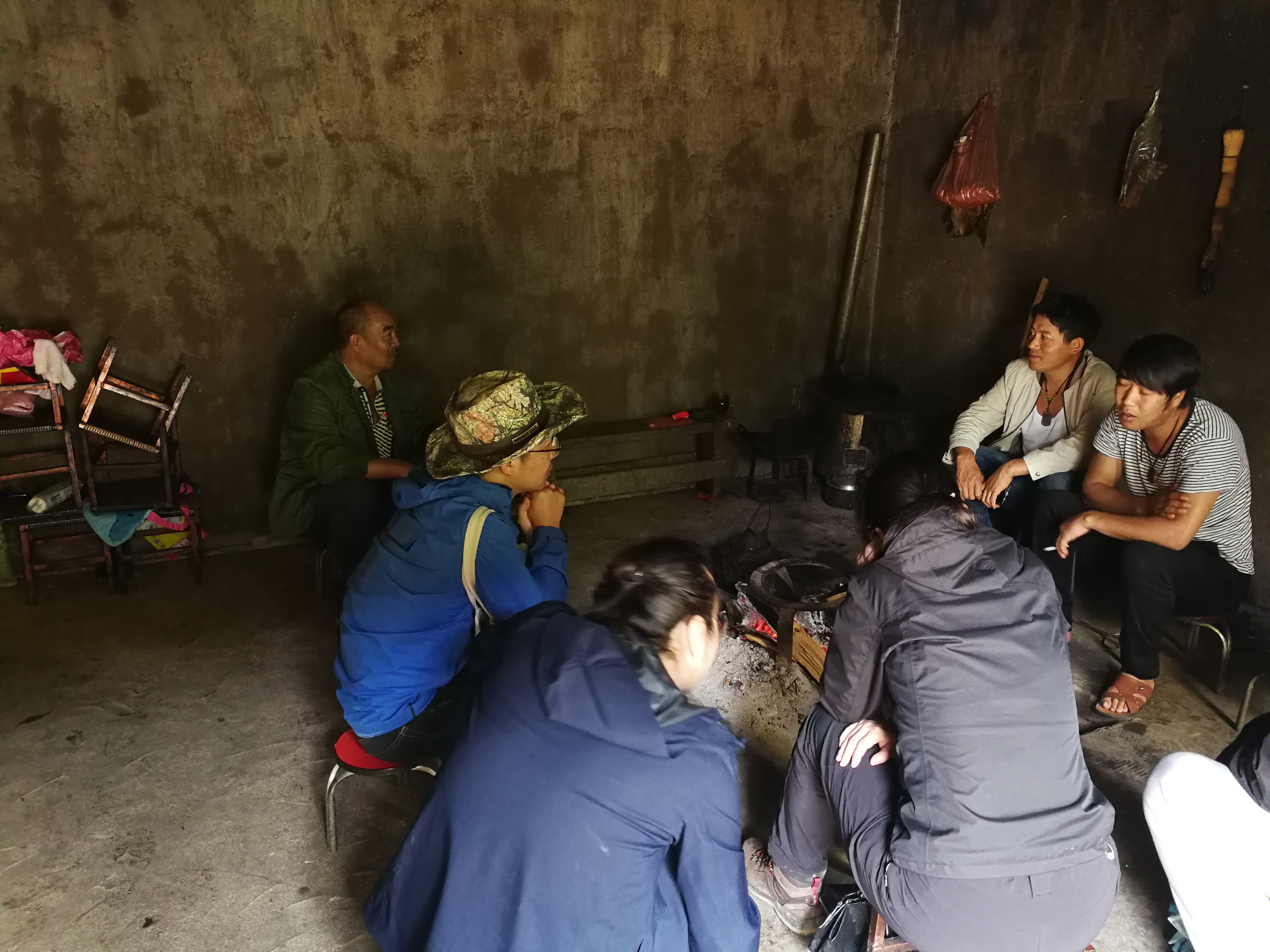 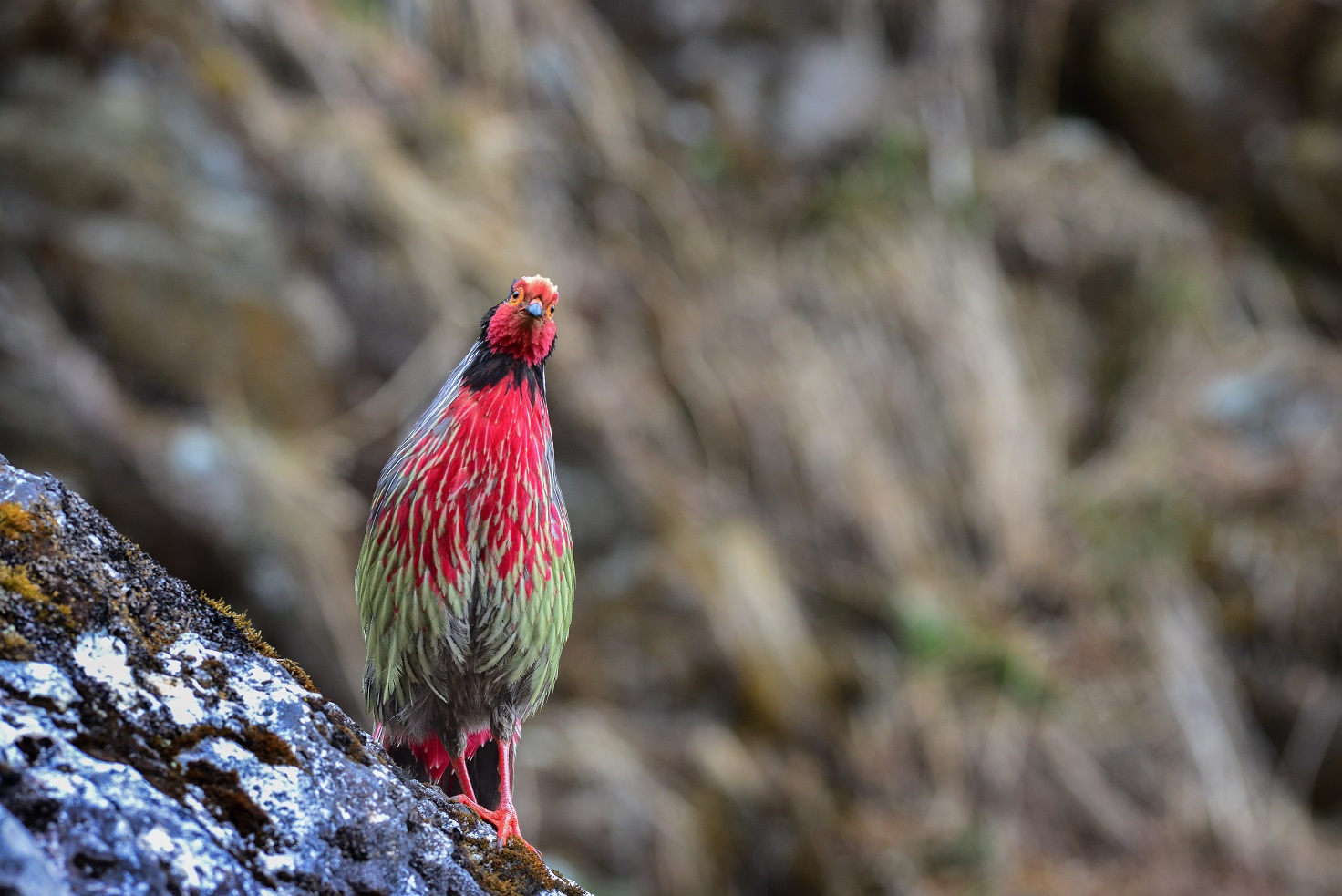 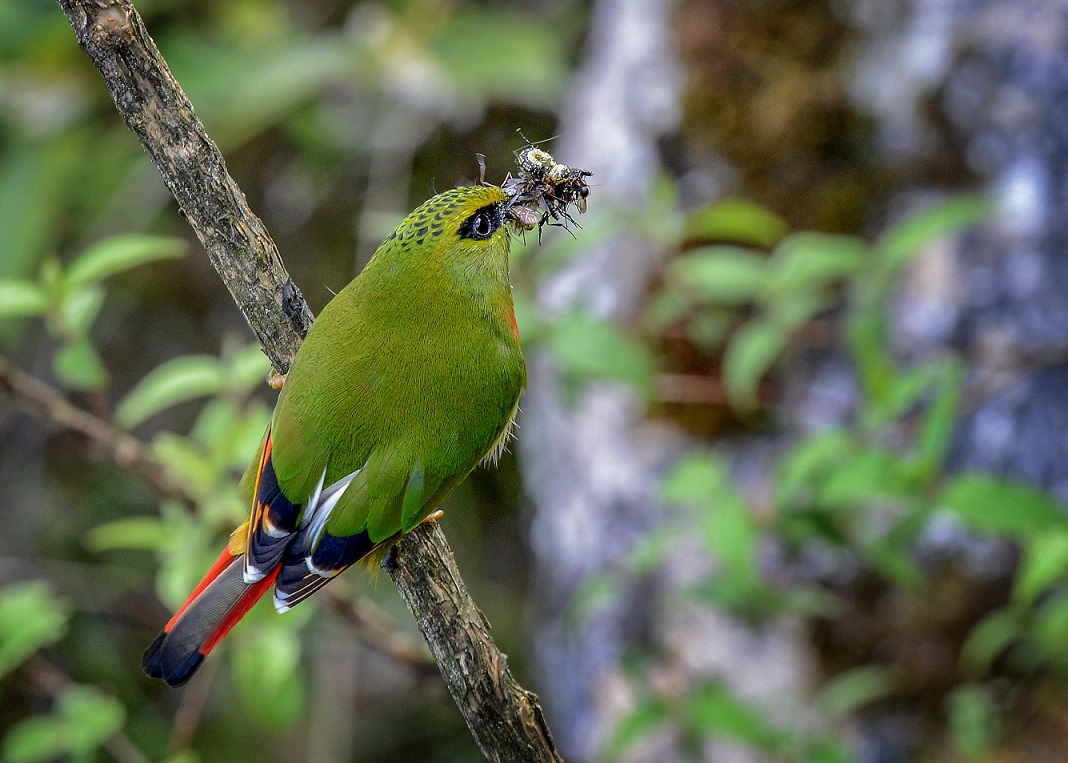 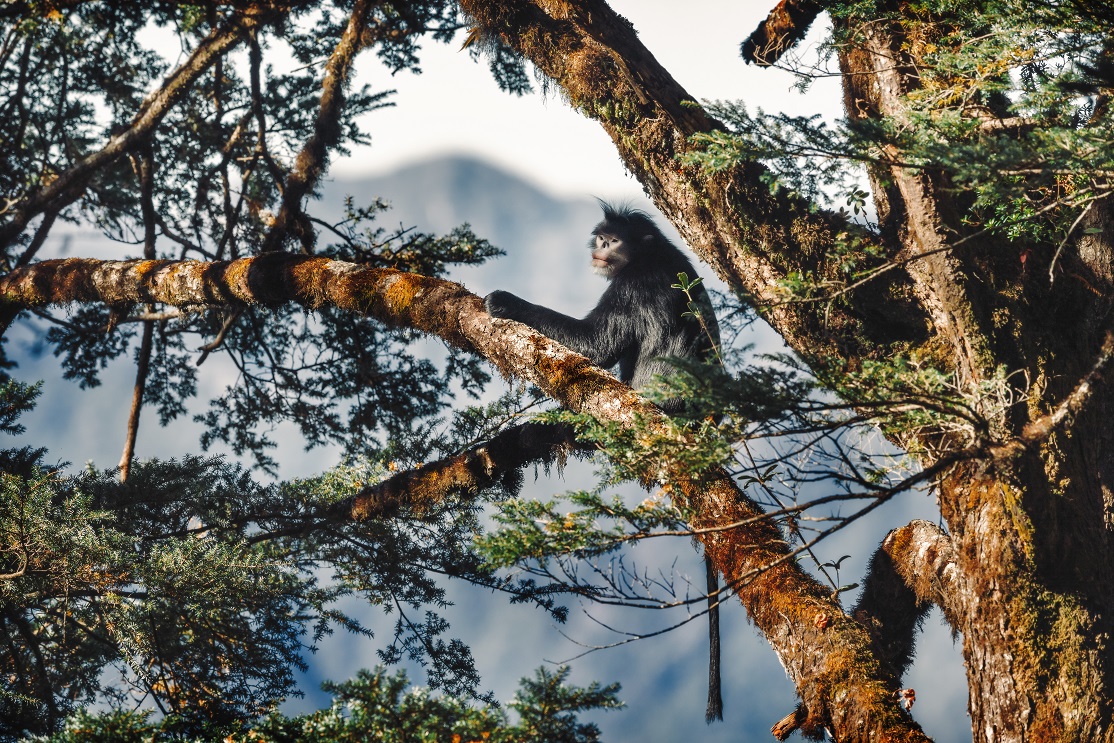 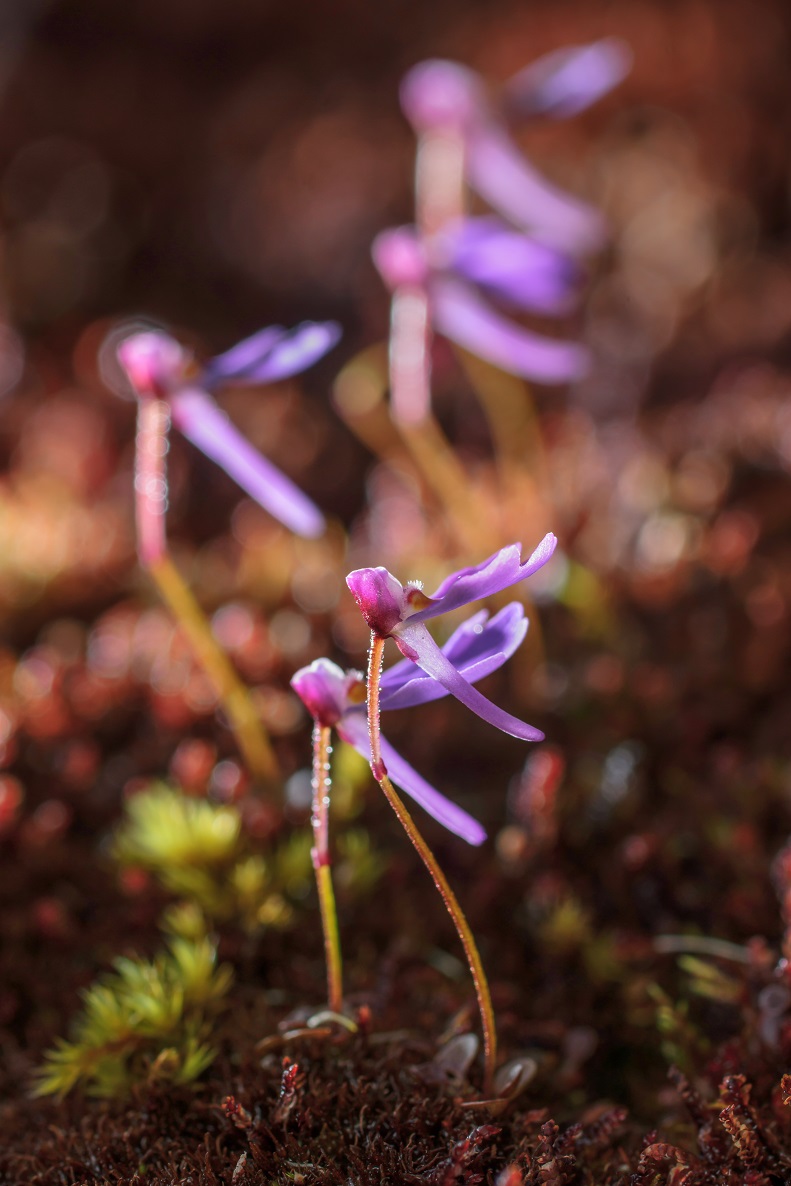 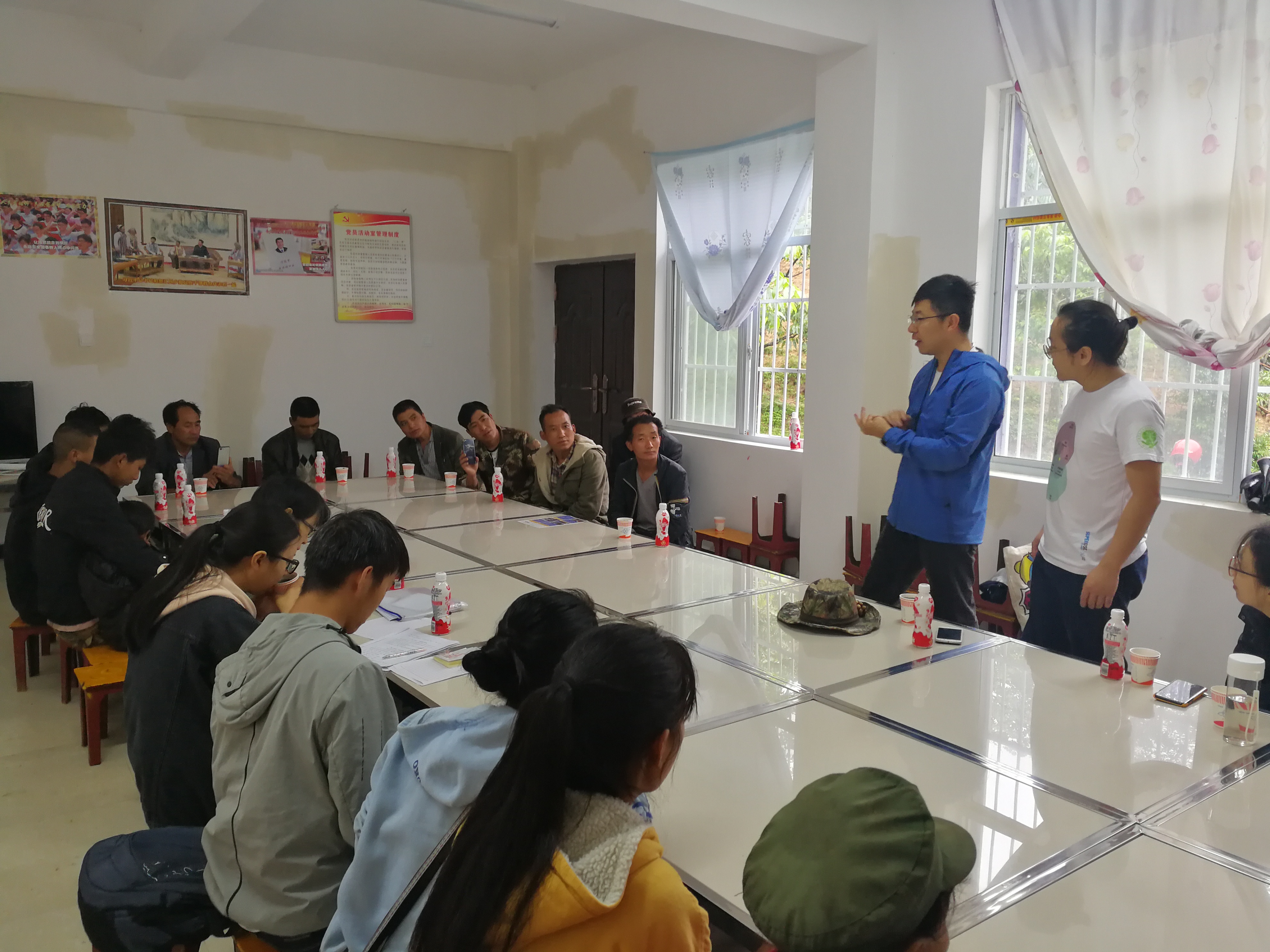 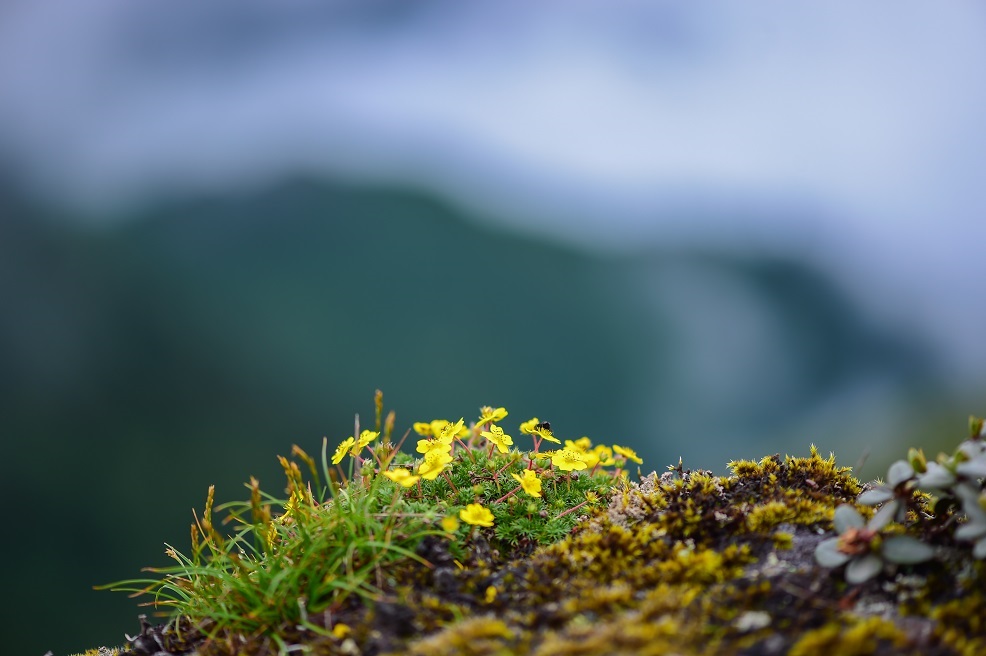 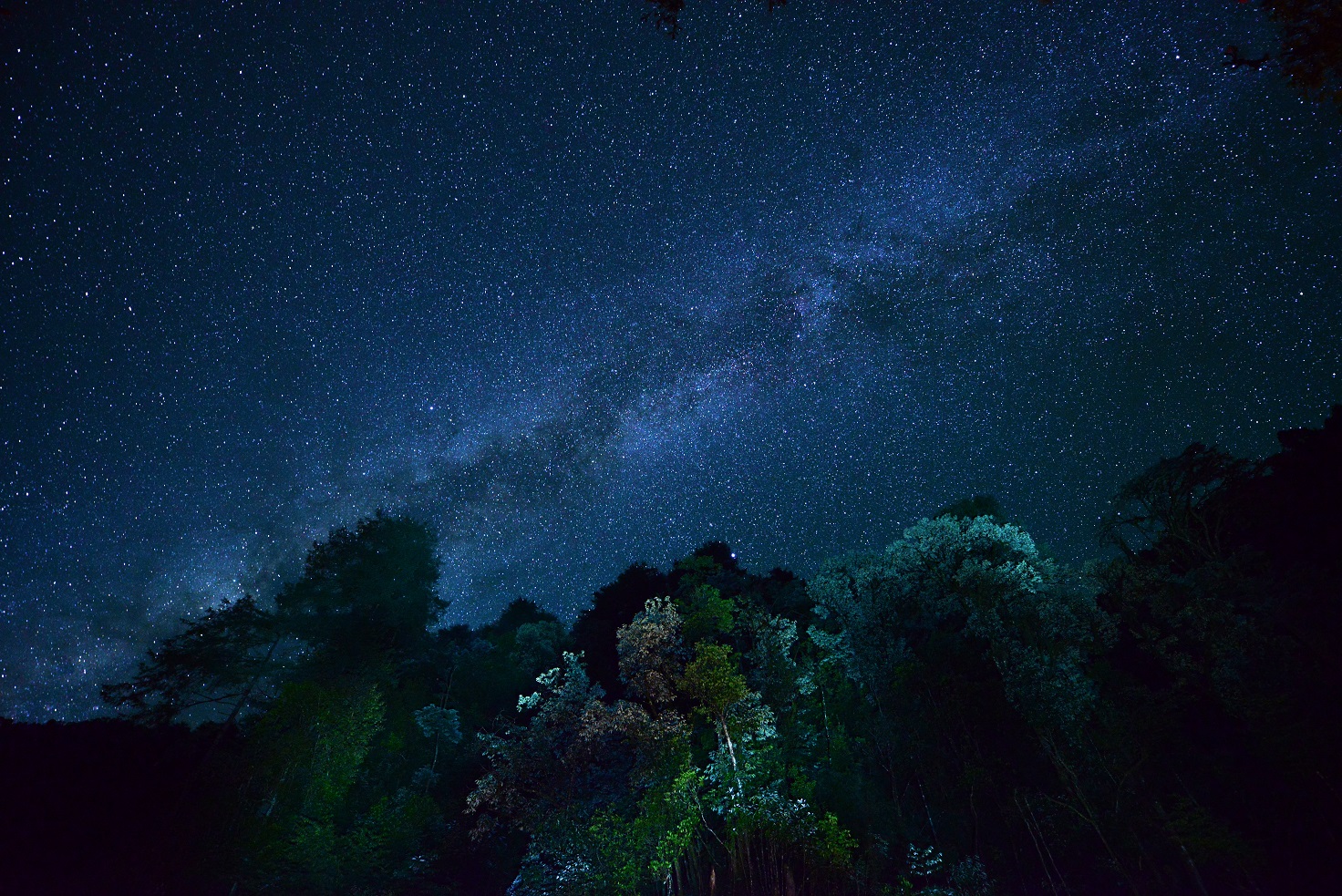 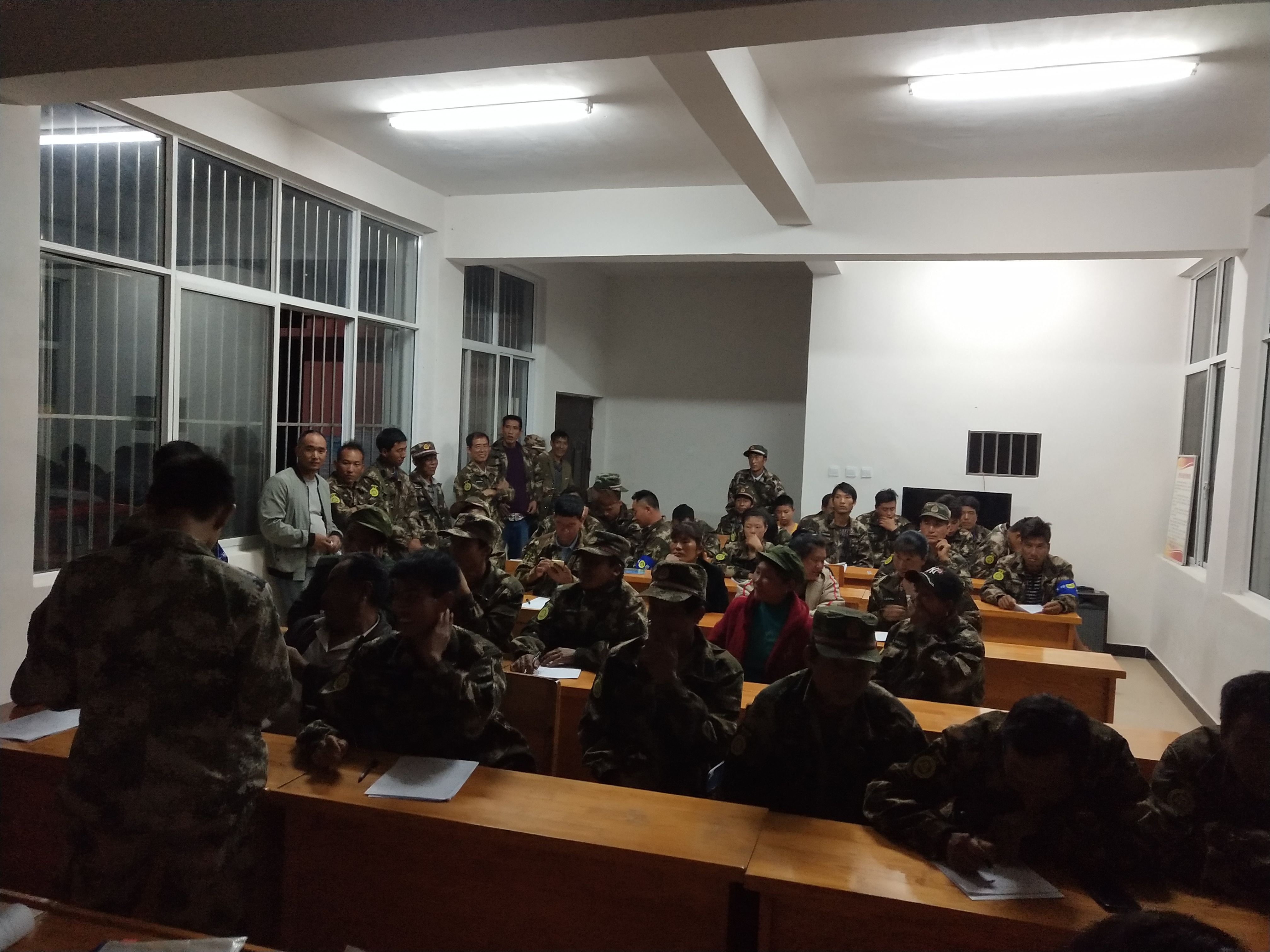 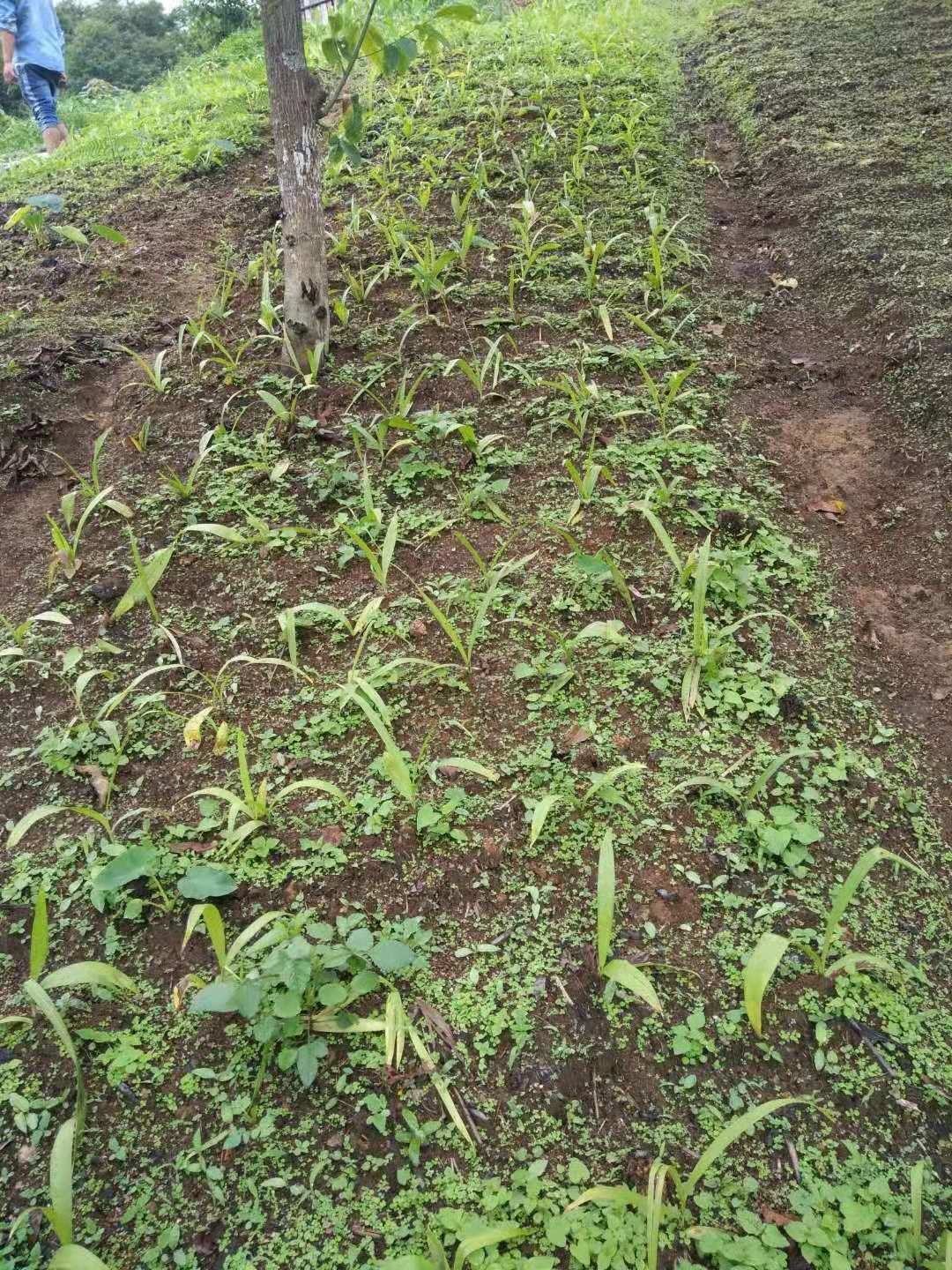 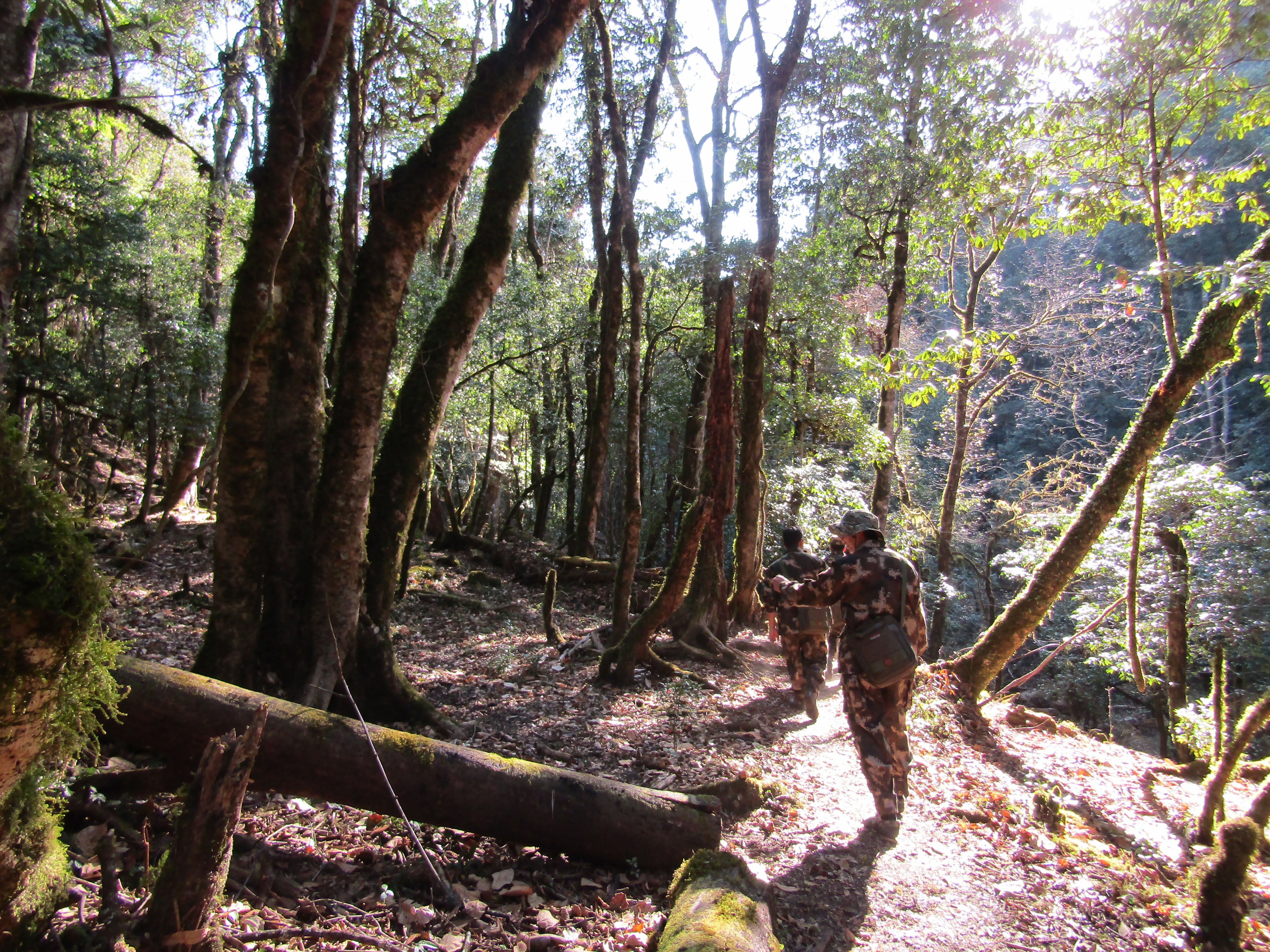 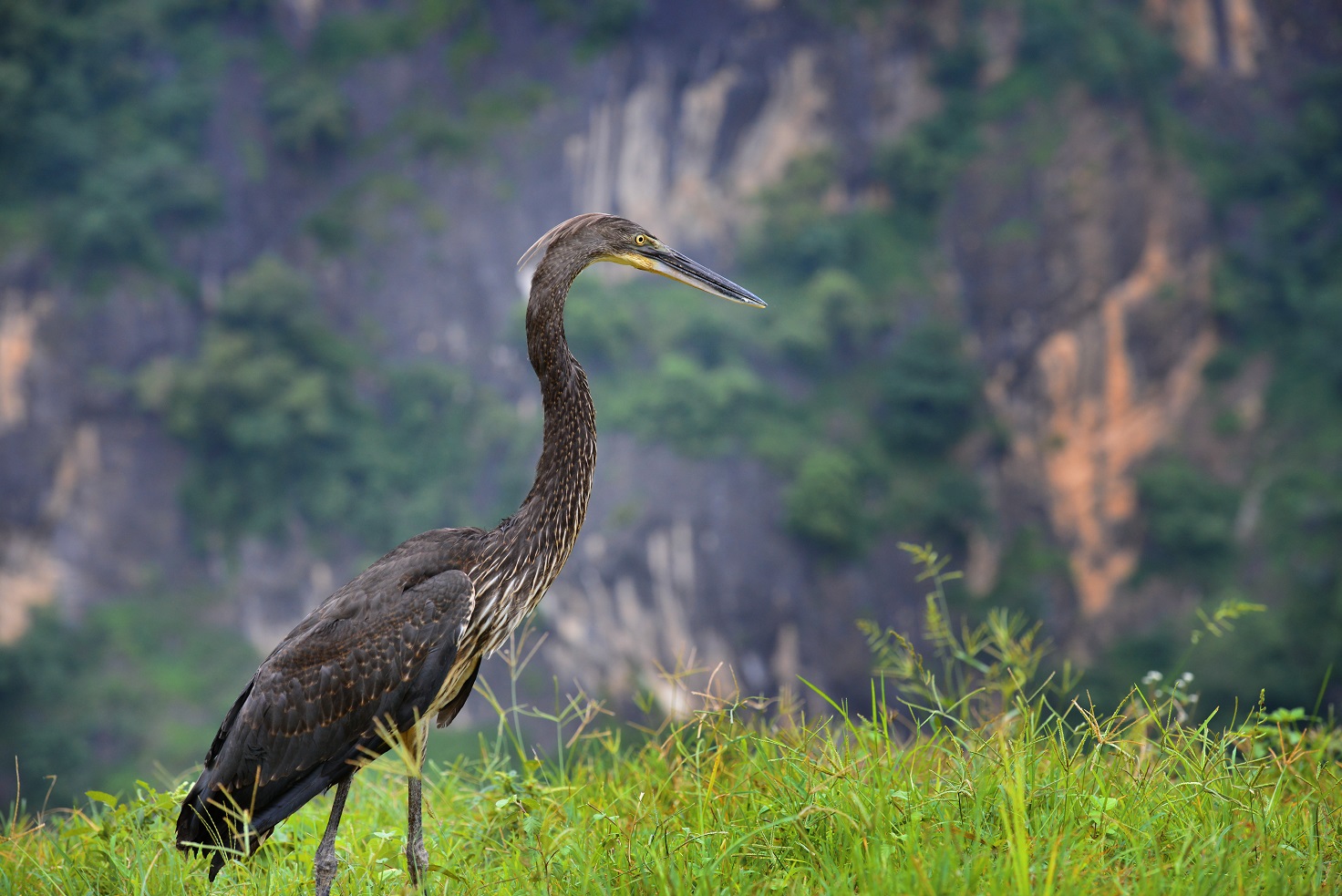 GCPA belongs to Lushui city, Nujiang Prefecture, Yunnan Province, China. It is located in southwest China and bordering to Myanmar. GCPA is adjacent to Gaoligong National Nature Reserve and includes 3 communities, of which one is on the west slope of Gaoligong Mountain and two are on the east slope.

Identity of local community/indigenous people that live there

What is the local community’s main livelihood?

What is special or unique about the ICCA?

Located in the southeast edge of Tibet Plateau, Gaoligong Mountain is famous for its vertical climate and ecosystem profile. Gaoligong Mountain is one of the biodiversity hotspots worldwide and has extremely rich biodiversity. Up until now there have been many species recorded in this area: 4,303 species of plants in 210 families, 116 species of mammals in 29 families, 343 species of birds in 52 families. New species are continuously discovered. GCPA directly borders Gaoligong Natural Reserve. Its forest was part of the entire forest ecosystem and was a habitat for many wild species. In addition, the majority of local people of this area belong to Lisu ethnic group, a unique group which mainly lived in the Nujiang valley.

The first village conference on the community protected area was held in July 2018 to introduce the idea, objective and protocol of ICCA and equipped rangers with digital camera and trap camera. On Nov. 2018 the community started community based agricultural chemical management, understory planting demonstration and constructed the community germplasm bank. Then on July 2019 the second village conference on community protected area was held to introduce the significance of Gaoligong biodiversity and discuss the community conservation action plan. On Sept. 2019 the action plan was finalised and community representative signed FPIC. Application documents of GCPA were finalised and submitted on Feb. 2020.

How did the establishment happen?

After the designation of Gaoligong National Natural Reserve, the reserve administration bureau and forestry bureau started regular patrol and wild species monitoring in this area. Until 2018 each community around Gaoligong reserve hired rangers and carried out regular patrol surrounding the reserve. On July 2018 the construction of GCPA was launched under the support of UNDP/GEFSGP. Through village meetings, trainings and discussion, local communities of GCPA and relevant departments understood and recognised the ICCA and its significance on biodiversity conservation. According to the communities’ situation and demands, a series of activities were designed and implemented by local people．Communities of GCPA zoned their land and committed to protect their forest ecosystem and developed a conservation action plan. Thus the GCPA was established.

What was the aim?

What are you conserving?

The GCPA conserve the forest ecosystem and landscape of Gaoligong Mountain, the endangered wild species, the local varieties and traditional knowledge of Lisu ethnic group.

Are there any specific (endangered) species protected?

Located in Gaoligong Mountain, GCPA has distinct dry and rain seasons and its natural terrain is dominated by mountains and hills with steep slopes. Thus the forests of GCPA effectively conserve water resources and reduce soil erosion, which reduce natural disaster risks such as floods and landslides as well as ensure water supply in dry seasons. In addition, the forest provides clean air, beautiful landscape and habitats for wild species. This provides recreational and spiritual benefits as well as ecotourism opportunities.

What impacts has conservation had? (species numbers, biodiversity, ecosystem quality)

The forests of Gaoligong Mountain Nature Reserve and GCPA were effectively protected so that no deforestation, illegal hunting and forest fire has happened in the past 3 years. This has resulted in improved habitats for birds and wild species, as monitoring data has shown and increase in species numbers and overall population. Also the forest provided important ecosystem services, for example, a drought occurred in 2019 spring but GCPA was almost not affected. The understory planting and agricultural chemical management significantly reduced non-point pollution caused by pesticides and effectively managed harmful waste (pesticide packages). The community germplasm bank collected and described 27 local varieties from communities and developed a benefit sharing protocol for their genetic resources.

How are the conservation impacts measured or monitored?

Who have these impacts affected?

The construction of GCPA had positive impacts for local people, the forest ecosystem and wild species.

How does the community manage the area?

Local communities of GCPA managed the area in accordance with current laws, regulations and village rules. The area was divided into restricted zones (such as natural forest), economic forest (such as walnut forest) and farmland. Strict management measures were taken in restricted zones and regular patrols were carried out. Deforestation, farming, grazing and hunting were strictly forbidden. Entry to the zones or human activity within them was restricted. In addition, the communities demonstrated understory planting in their economic forest and selected walnut to apply Protected Area Friendly Product certification. Agricultural chemical management was carried out to record the use of pesticides, manage waste packages and reduce community chemical index by using fewer amounts and choosing safer chemicals.

Is there government support or laws to assist management?

How are the boundaries enforced?

GCPA borders Gaoligong reserve, thus part of its boundary is determined by the reserve boundary stone. The rest of the boundary is a community administrative boundary, and a natural forest boundary enforced by the Land Certificate and Forest Right Certificate.

What threats and problems does the area face? What attempts are being made to overcome these?

Located on the border area of China- Myanmar, the major threat of GCPA was the big difference in conservation between China and Myanmar. Since slash and burn cultivation was still common in Myanmar at the border of GCPA, forest fire (which frequently happened in Myanmar) might cross the boundary line and affect GCPA’s forest. In addition, no protected area was established and illegal hunting and cutting were not effectively stopped on the Myanmar side, which threatened the biodiversity conservation and endangered species protection. Finally, the extreme climate caused by climate change such as drought and flood also threatened this area. To overcome these threats, it is suggested that China-Myanmar cross border actions should be taken to promote protected area construction on the Myanmar side and to raise people’s awareness on conservation on this border. Also sustainable forest management and livelihoods were suggested to replace the slash and burn cultivation.

Have any awards or recognition been received?

Up to now GCPA had no awards. However, the community protected area was recognized by the Gaoligong Mountain Nature Reserve Administrative Bureau, local government and local forestry department.

What impacts has the area had on the community? (e.g. regarding health, education, housing, sanitation, activities, income)

How is the community directly involved with the conserved area?

5. What’s Next and Lesson Learned

What future activities are being planned, or do you hope to see happen?

The next steps include replicating and expanding GCPA to other communities around Gaoligong Reserve, developing more Protected Area Friendly Protects and ecological agriculture, promoting agricultural chemical management and China- Myanmar cross border protection action, piloting natural education and ecotourism in Gaoligong Mountain. We still need policy and funding support to carry out these activities. Also we need to develop marketing opportunities for those products.

What lessons have been learned so far?

The lessons learned included 1) ICCA was an effective way to promote capacity building and protect biodiversity in a sustained way. However, full participation and ownership of local people were very important, 2) to better construct and running ICCA, we should seek supports from all stakeholders and in compliance with local laws and regulations. The recognition and supports of local governments were also helpful, 3) conservation and development were not conflict, sustainable development could lead to a win-win result and it was important to develop long term conservation mechanisms.

This case study was written by representatives of the communities, published in April 2020