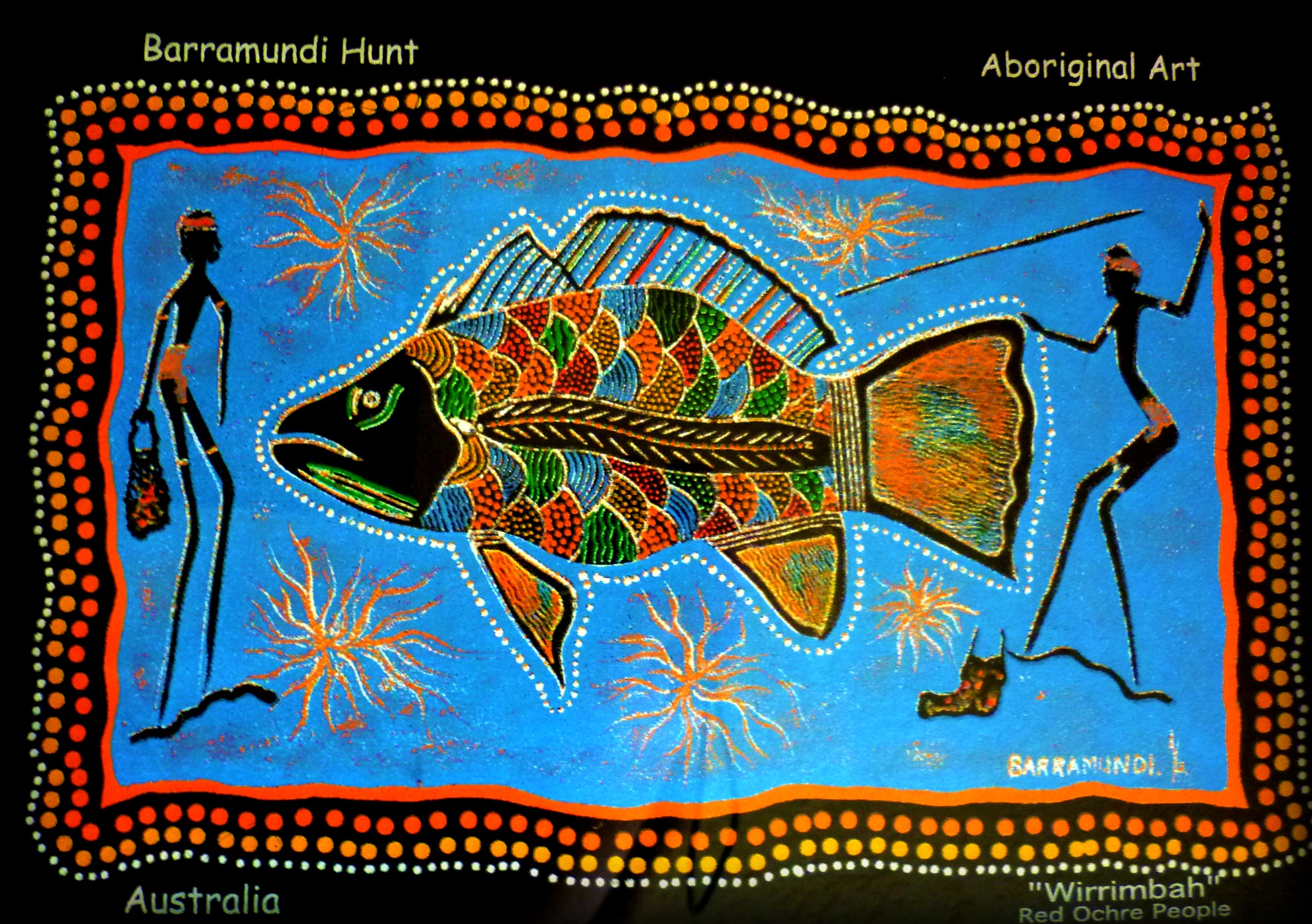 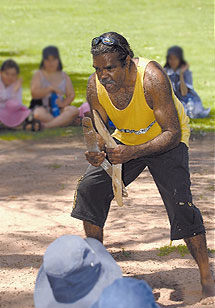 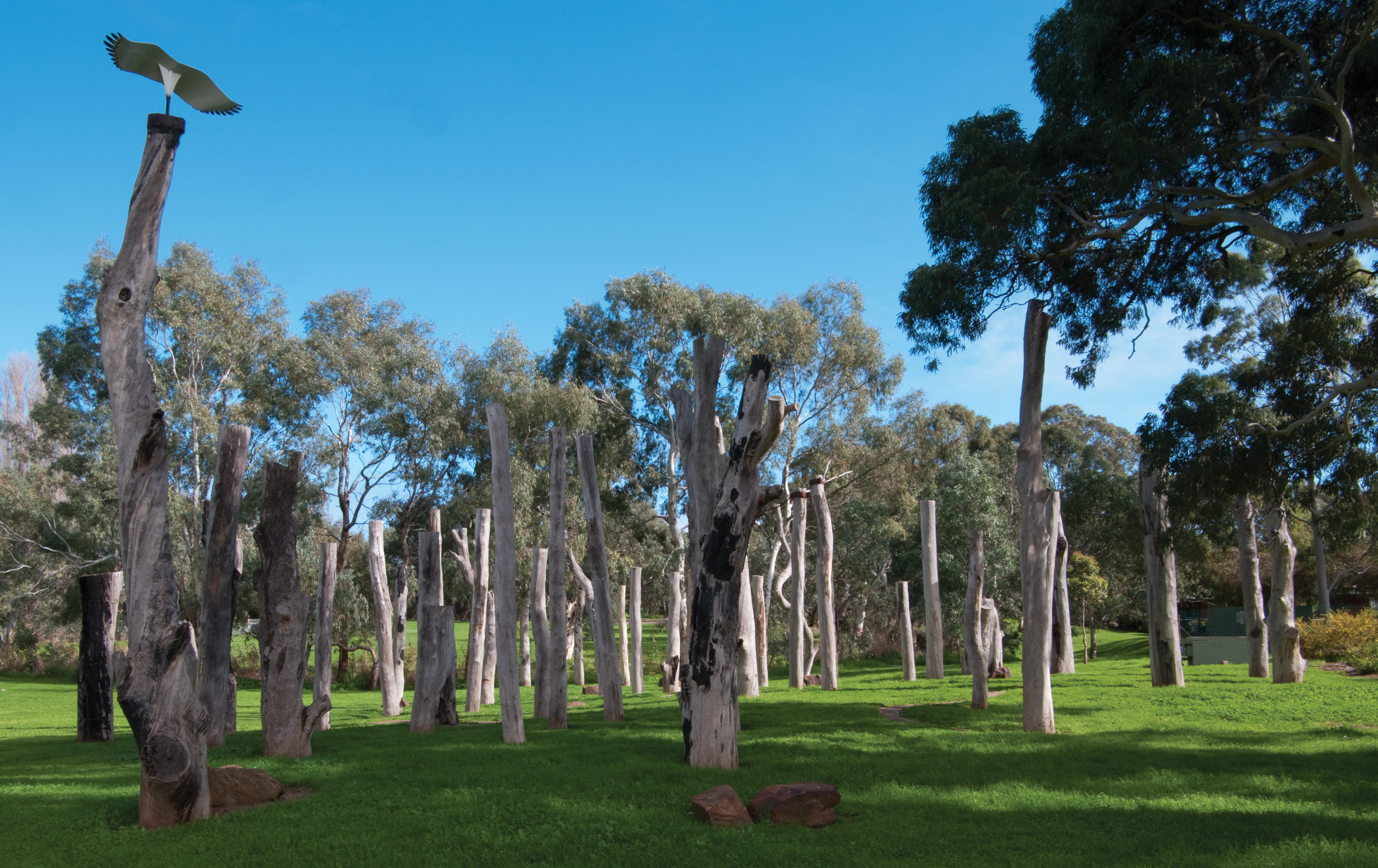 Life began for those who have inhabited the Australian continent for 50,000 years when the creator deity called Warramurrungundjui emerged from the sea and begot the first people and gave them languages. Warramurrungundjui carried with her person a digging stick and a dilly bag full of yams, water lilies and other important plants.  She planted the food and created waterholes with her digging stick driven into the ground.  Thereafter, other creator beings appeared and then Warramurrungundj turned herself into a rock.

Their story is in the land and the water.  Their story is written in those sacred places.  Their hope is that their children and their children’s children will look after these places. They are meant to steward Dreaming ‘Tjukurrpa’ sites: the places where the Ancestor Spirits came to the earth in human form as they moved through the land creating plants, animals, rocks, and other formations.  This is the law of the land.   Warriparinga is one of those very sacred Tjukurrpa.

It is thought by the Kaurna people of Warriparinga that, Tjibruke, the uncle of Kulultuwi and great Ancestor of the Kaurna, became lost and separated from his nephews as he followed the tracks of an emu, returning to discover that Kulultuwi had killed the emu that Tjilbruke had been hunting. This was against local tribal law.  Kulultuwi profusely apologized and whereupon accepting his apology, Tjilbruke continued on his journey.  With Tjilbruke back on his hunt, Kulultuwi was slain by his half brothers, on the grounds that Kulultuwi had broken the law by killing Tjilbruke’s emu. They then bore his body to Warriparinga, where they intended to prepare it for burial, where his tears created its freshwater springs.

Countless generations of Kaurna people of the Adelaide Plains have gathered at Warriparinga for thousands of years. Warriparinga in the old Kaurna language means “windy place by the river.” Warriparinga itself is about 0.035kmsq of restored wetland area along the Sturt River (Warriparri). The Warriparinga Wetland project has given the Kaurna people an opportunity to help protect and maintain the site as an important place to celebrate the Dreaming and to safeguard biodiversity. In fact, River Club Rush (Schoenoplectus validus) and Spiny Flat Sedge (Cyperus gynocaulus) were planted, which have Aboriginal usage, for spears, food or fibre.

In 1998 the Warriparinga Wetland was developed in collusion between the City of Marion and the Kaurna people to improve the water quality of the Sturt River and the surrounding areas. The wetland area redevelopment allows for open space recreation, education and the re-establishment of native plants and animals. Water is diverted into the wetland by a well-placed log from the Sturt River. After leaving the wetland, water re-enters the Sturt River and eventually drains into the sea through the Patawalonga basin.

The Land Management Corporation donated the former Dreaming site to be resurrected as a fully-functional wetland area was conceived by B.C. Tonkin and Associates and rebuilt by the City of Marion with help and consultation of the Kaurna people as well as local associations such as the Friends of the Warriparina/Laffer’s Triangle and the Warriparinga Interpretive Centre Committee.  These groups are now responsible for the maintenance and management of the wetland.  The surplus soil from the site was sold to the Western Region Waste Management Authority for use on the Garden Island rehabilitation works.

The rebuilt wetland is also home to the Living Kaurna Cultural Centre constructed to ensure that Kaurna culture, and the Dreaming Story of the Land is passed on from generation to generation. The main aims of the Centre are five fold.  It is meant to assist the Kaurna people develop a sustainable future; conserve and renew Kaurna culture and heritage, as well as conserving the European heritage of the site; provide an indigenous cultural tourism experience; provide education and training for indigenous and non-indigenous people; and, promote conciliation between Kaurna, Aboriginal and non-Aboriginal communities. Kaurna language signs mark much of the wetland.

The Kaurna community is intimately involved in the conservation of biodiversity and management of the wetland area.   They lead education tours for tourists on the Dreaming site, participate in wetland conservation surveys, and are important advisors on flora and fauna management.

The Warriparinga Wetlands are an engineering marvel.  A fallen log is acts as weir diverting water into the wetland. Pollutant traps are installed at the end of an inlet to capture floating debris and litter. Gabion weirs (wire cages filled with rocks to ensure even flow) separate a system of four interconnecting clay-lined ponds. An outlet weir in the form of a rock riffle diverts flow back into the Sturt River.

One of the main ecological goals of Warriparinga Wetland is to create a self-sustaining ecosystem that supports a wide range of native plants and wildlife that once thrived in the are pre-European contact.  This includes the reintroduction of welcome swallows, Adelaide rosella and the red rumped parrot.  The wetland also is home to small-mouthed hardyhead, big-headed gudgeon and bridled gobys, and several frog species.

In 1999, a year after the wetlands were redeveloped, the project was awarded a State CASE Earth Award. These awards are intended to acknowledge environmental engineering within the civil engineering field. A second award came in 2000 when the wetlands were granted a commendation in the South Australian Engineering Excellence Awards, at which the judges noted the attention that the developers had paid to the sensitive issues that were involved.

The Warriparinga Wetlands are one of those special sacred natural sites found throughout the world indicative of indigenous faiths.  They serve to revive a culture and an important ecosystem, both of which are explicitly linked.  This joint-management venture between the Kaurna and the local European-derived community is a symbol of cooperation and an ecological engineering phenomenon.

Amery, R. and G.Y. Williams. (1999). "RECLAIMING THROUGH RENAMING:THE REINSTATEMENT OF KAURNA TOPONYMS IN ADELAIDE AND THE ADELAIDE PLAINS. " Paper presented at the 'Placenames of Indigenous Origin in Australia: An Interdisciplinary Workshop',
31 October 1999, Department of Linguistics, Australian National University, Canberra.